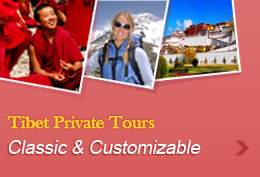 There are any people know Tibet has Three Holy Lakes – Namtso Lake, Yamdrok Lake and Manasarovar Lake, but few people know none of the these three lakes is the holiest lake in Tibet. The real holiest lake is Lhamo La-tso Lake which is less famous because it’s far and high with worse road access. Why Lhamo La-tso is the holiest lake in Tibet? Because it has a magic power to show one’s past and next life, which makes it the most important and sacred lake for Tibetan Buddhism because it assists a lot in the discovery of reincarnations of two highest leaders in Tibetan Buddhism - Dalai Lamas and Panchen Lamas. For regular people, they can also seek visions of the past and future in this magic lake. Staring at the same water surface of Lhamo La-tso lake, different people will see different visions. The more devout you are, the more visions you will see.

Unfortunately, due to its special role in Tibetan Buddhism and lack of accommodation, currently Lhamo La-tso Lake is only open for pilgrims and Chinese travelers.

Lhamo La-tso is located 65km northeast from Gyaca County in Shannan Prefecture (Lhoka) of Tibet, approximately 195km from Tsetang Town, 350km from Lhasa City. It usually needs two days to get to the lake from Lhasa.

Looking from afar, you will see Lhamo La-tso like a stunning azure diamond setting in a ring of high barren mountains. It is much small, with a size of only 2 square kilometers (0.77 sq mi), locating at an altitude of 5,100 meters. To get to Lhamo La-tso lake, travelers and pilgrims have to hike over a challenging pass which has an altitude of 5,300m.

Many pilgrims believe that they can receive a revelation of their future in the vision the Lhamo La-tso shows on the mirror of the lake. To get the most efficacious revelation, they have to stay three days and nights at the lake for meditation, and pay homage to the lake with proper devoutness. They can’t even talk during the ceremony. Some pilgrims usually also like to walk the kora (circumambulatory pilgrimage) around Lhamo La-tso. 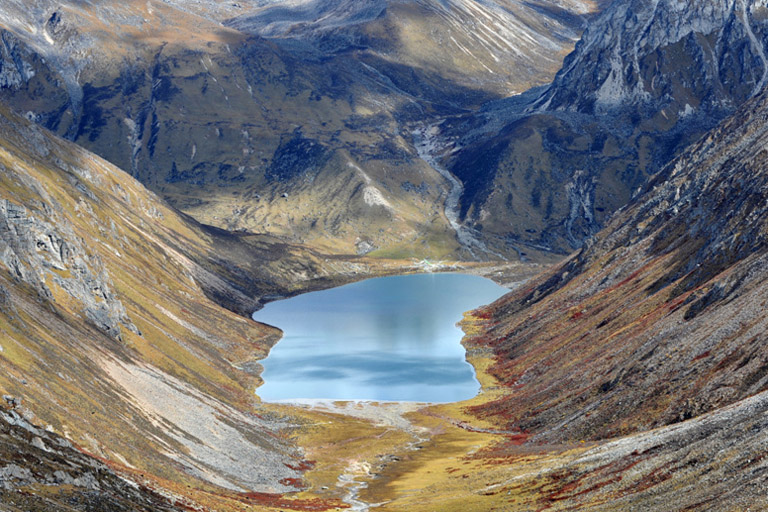 In fact, every past Dalai Lama and Panchen Lama was discovered with the guidance of Lhamo La-tso. Usually, the senior monks will find two or three reincarnation boys according to the visions appear in the lake, then select one as the final reincarnation of the former Dalai Lama or Panchen Lama, after several other religious procedures 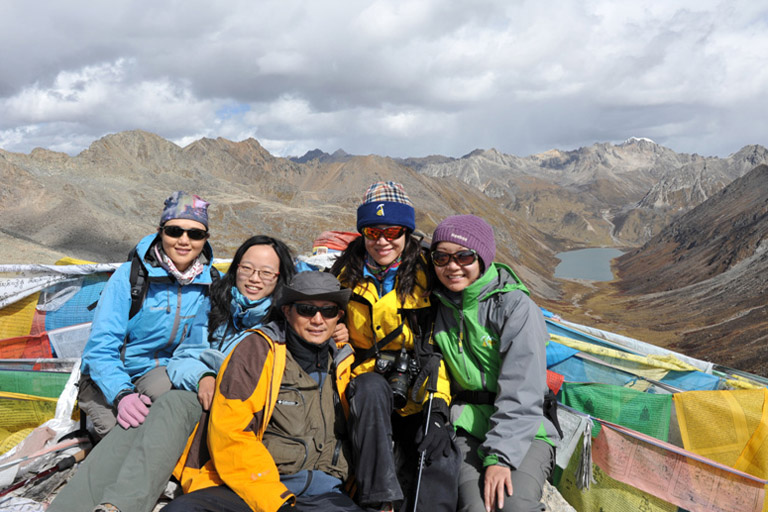 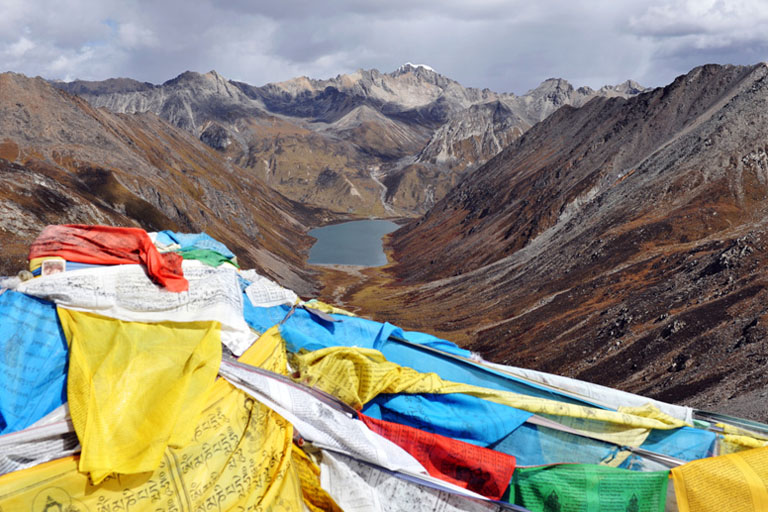 1. Lhamo La-tso Lake is only open for pilgrims and Chinese travelers;

4. The weather at Lhamo La-tso changes highly. Be prepared for the cold, wind and rain. 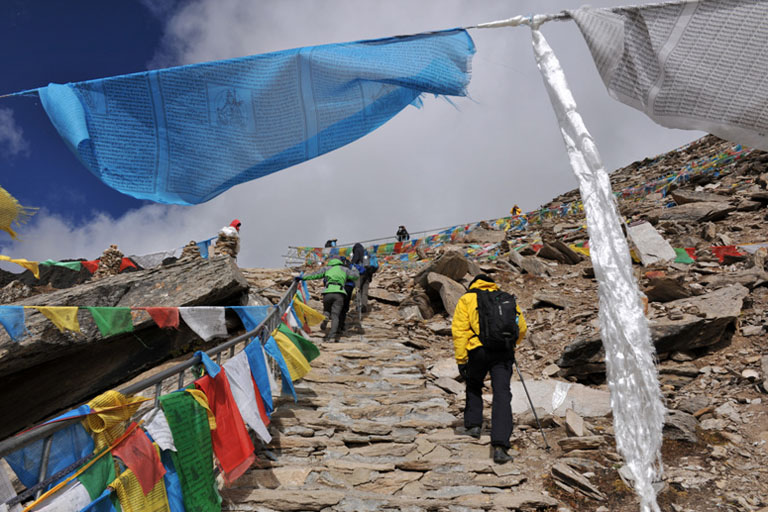