Namtso Lake, bordering between Lhasa and Nagchu, is the largest salty lake in Tibet and the second largest lake in China - only after Qinghai Lake. Reaching to 70km from east to west and 30km from south to north, the whole lake covers an area of 1,920 square kilometers. With an altitude of 4,718 meters, it is the highest large-scale lake above sea level in the world. In Tibetan language, Namtso means “Heavenly Lake”. As one of the three holy lakes along with Yamdrok Lake and Manasarovar Lake, it has attracted numerous tourists and pilgrims with its natural beauty and Buddhist holiness.

Namtso Lake – the Paradise of Photography!

For most tourists, a tour to Namtso means appreciating a visual feast. In clear weather, the lake wate takes on a fantastic shade of turquoise which matches the bluish sky harmoniously. In the riverside prairies, there are Marnyi Stones, colorful prayer flags, flocks of yaks, circumambulating Tibetans etc. All these views make an incredible painting, which is the favorite of shutterbug. In fact, you needn’t master photographing skills or chose the shooting angles, because a blindly shoot will record the best landscape. 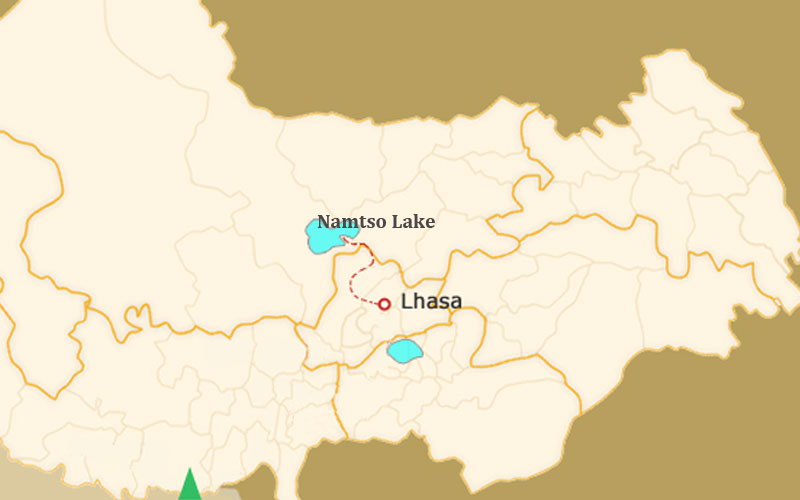 Namtso is not a big area, but it still owns a lot of attractions to fulfill your eyes and mind. The first attraction must be the Namtso Lake which shows the great wonder of nature. Besides, there are magnificent mountains, amazing islands, Buddhist monasteries, boundless prairies, and other plateau animals. These attractions are sure to touch the deepest strings of your heart. The top attractions in Namtso Scenic Area include Namtso Lake, Tashi Dor, Nyenchen Tanglha Mountains and extensive Qiangtang Prairie.