Tibet, the holy land is famous for Tibetan Buddhism. Being an important part of Tibet culture, Tibetan Buddhism also called Lamaism in the outside has a long history. Before Srongtsen Gampo unify Tibetan regime in the 7th century, there existed an ancient culture - Zhang Zhung culture and Bonism as the Tibetan original religion was prevailing at that time. With such a background, Buddhism in Tibet is a unique form combined with the original Bonism and exotic culture from Nepal and ancient China inland.

● Constant practice of its paternoster;

● Combination of religion and politics;

Read below to find the development of Tibetan Buddhism and some featured sects and the representative monasteries during the peak times.

Buddhism has been introduced into Tibet since the marriage of the Tibetan King Songtsan Gampo to Princess Wencheng from ancient China’s Tang Dynasty and Princess Bhrikuti from Nepal.

With an interaction between Bonism and Buddhism and absorb each other in culture, there were different developments of these two denominations. Overwhelming Bonsim, Buddhism became the mainstream culture in the later period. Gradually Tibetan Buddhism was infiltrated different aspects of Tibet and become the most extensively worshipped religion of Tibetan people. There are many Buddhist objects and symbols can be seen frequently, like prayer flags, prayer wheels, prayer beads, mandalas, singing bowls, mani stones, thangkas, etc.

With the development of Tibetan Buddhism, different sects have been arising from different areas in 11th century, and each of them having at its core the reincarnation system and the living Buddhas played important roles in politics, the economy and religion.

Nyingma Sect
As the oldest school of Tibetan Buddhism, the Nyingma Sect is formed in the 11th century, by Padmasambhava. As the Buddhist monks wear red hats, so it is also known as the Red Sect. by mixed many different features of indigenous Bon and other Tibetan Buddhism, it had its prosperous time during the 5th Dalai Lama, which had influenced even whole region. Along with the tantric practices, Nyingma emphasizes revealed teachings and praise highly of the "great perfection" doctrine, attributed to Padmasambhava. Nowadays, there are rare sites to explore its trail and the first monastery in Tibet was said to be founded by Padmasambhava is one of the few Nyingma Sects temple for you to get some insight of this old lineage.

Kagyu Sect
Formed in the 11th century by Marpa, the translator and his student, Milarepa, the Kagyu Sect was officially founded by Gampopa, the student of Milarepa. Focusing on the study of Tantrism primarily, this sect featured in reality and admitted that all has Buddha nature and need to train to get rid of the mortal. Comparing to writing scriptures, it prefers the mastery of the Buddhism theory, called Mahamudra.In the later years, there were many small branches of Kaggu Sect, and once replaced Sakya sect and kept a long history in Theocracy of Tibetan past. Today, as one of the early built Kagyu temple, the Tsurphu Monastery is worth visiting.

Sakya Sect
Arisen in 1073, the Sakya Sect was founded at Sakya Monastery after which it was named. The sect is also called Colorful Sect as it monasteries are painted with red, white, and black stripes. Having the “Path and Its Fruit", as the central practice of Sakyapa, there existed five important abbots through the hereditary system in the time to enhance its religious influence. Until in 1279, it was under the construction of government in Yuan dynasty. After that, Sakya, Ngor and Tsar constitute the three branches inwardly of the Sakya tradition. Now with a little remains, the Sakya Monastery as the only representative of the Sakya Sect in Tibet still kept some beautiful murals.

Gelug Sect
Being the largest school in existence, Gelug Sect was founded by Tsongkhapa coming out with the construction of the first Gelugpa temple – Ganden Monastery, built by Tsongkhapa in 1409. After the Ganden emerged, the monks dwelled here has wearing yellow hats, hence it was named Yellow Hat Sect as well. By reforming from the Kadampa, Tsongkhapa made Gelug sect absorbed much of its lineage in the best way, which lead this sect spread widely outwards of whole Tibet and played great emphasis on Tibetan Buddhism. Today, most Tibet monasteries are Gelugpa temples, including Drepung Monastery, Sera Monastery, Ganden Monastery, of course and more placed in Tibet Tours.

As a deep-rooted belief, Tibetan Buddhism permeates all Tibetans from top to bottom becomes the essential of their daily life and spiritual mind. The pilgrims along the roadside or street do their prostrate is the most common way to express their worship, which can be seen anywhere during your Tibet visit. >>check How to Prostrate - Four Steps to master Buddhist Prostration.

What’s more, the various kinds of Tibetan monasteries dotted in different corners of Tibet tell different historical background about Tibetan Buddhism to enrich your knowledge and enlighten your spirit while visiting.

Ana Wagner
programs for meditacion
I have a sister who is depress and would like to attend exclusively this types of meditation programs .
Do you have something similar ?
2016-07-21 06:02
Hi Ana,

Thanks for your message. Sorry so far we have no any this "magical" meditation program. But I think a spiritual trip in Tibet may help - learn about Buddhism, meet devoted Tibetan people and monks, pure nature...I think traveling is the best cure!
Louis at Tibet Discovery 2016-07-23 22:47
You are here: HomeTravel GuideAbout TibetTibet Buddhism 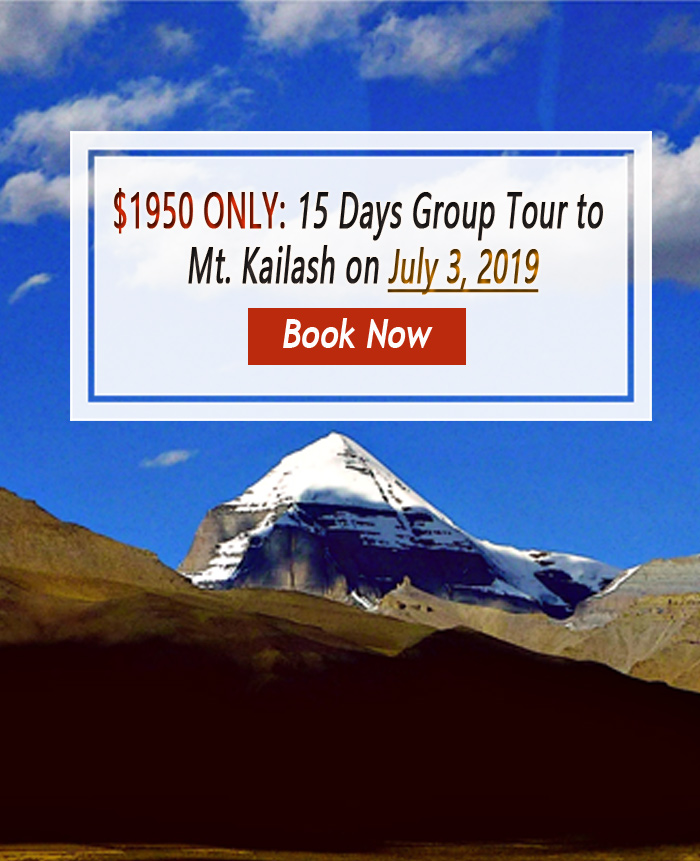