You are here: HomeTravel GuideLake Manasarovar

As one of three holy lakes in Tibet together with Namtso Lake, Yamdrok Lake, Lake Manasarovar is a world highest freshwater. Located at the southern foot of Mount Kailash in Ngari, it has an elevation of 4590 meters. With the meaning of eternal and invincible jade lake in Tibetan, it is the sources of four great rivers of Asia, namely the Brahmaputra, Ghaghara, Sindhu and Sutlej, and one of the sacred pilgrimage destinations. In the shape of pear for the widest part of 26km long, the lake water is crystal clean and glimmering blue under the sunshine. As the divine place together with Mt. Kailash, Lake Manasarovar embraces thousands of visitors from Tibet regions, India, Nepal and neighboring countries to worship. For religious believers, like Hindus and Buddhists, bathing in Manasarovar and drinking its water is believed to cleanse all sins and taking a Kailash-Manasarovar kora is a lifetime journey.

Promotion Deal: 15 Days Tibet Everest Plus Mt. Kailash Pilgrimage Group Tour on 3 July, 2019 is on sale. It sells from only 1950$/pp. Book now to safe money and enjoy a worry-free Tibet adventure!

In Hindu tradition, Manasarovar Lake was created by Brahma (god of creation), to provide an appropriate bathing place for his sons after trekking the holy land. Therefore, bathing in the lake on the way of kora is a tradition among Hindus to get cleansed. While according to Buddhists legend, the Buddha’s mother was transported here by the gods, and she bathed in the sacred waters of Lake Manasarovar until her body was purified. She then saw a white elephant running to her from Mount Kailash, as the Buddha entered her womb, then she gave birth to the Buddha.

What to See at Lake Manasarovar

Every summer, pilgrims from Tibet, India and Nepal will make a circumambulation and take a bath in this holy lake to fulfill their pilgrimage. By dipping in the water, the Hindus express a sense of celestial ecstasy overwhelmed all. For ordinary tourists, the nature view along the lakeshore with some historical temples standing by is also a sublime experience.

The views from the Lake Manasarovar are spectacular. In the daytime, facing the holy Mount Kailash in the northside, you can sit along the lakeshore to enjoy the minimal waves and view the different colors of water with blue, bluish green, green, etc. What’s more, the rainbow and swans can be seen if you are blessed. Besides, camping over the lake to stay overnight is pleasant with a tranquil night sky.

On the lakeshore, there were a lot of Buddhism monasteries and only eight of them existed for today spreading in the eight directions around the lake. With a small scale, some of them were blessed by padmasambhava, now they are in different functions for tourists to view the lake and stay with.

The most notable one is the ancient Chiu Gompa, which has been built right onto a steep hill, and looks as if it has been carved right out of the rock. Standing on the top in sunny days, you can easily view the blue lake and white holy Kailash. The Jiwu Gompa as the tourist site to stay overnight has a village nearby for tourist to shoot scenery of sunrise and sunset in the background of Mt. Kailash.

Every year during the late-spring to summer time, there are trooping groups of pilgrims from neighboring countries for Kailash-Manasarovar kora and take bath in the lake and drink the water of Manasarovar. Due to the historical influence, Hindus make up a large proportion among them with a regular organization. They believe that the water from the holy lake can remove one’s physical and spiritual discomfort. Even plants and fish that are somehow related to the lake are deemed as magical medicines. For Buddhists of local Tibetans, they prefer to take a kora on foot or take kowtow to move forward to get blessed, especially in the year of horse in Tibetan calendar, which is said one round is equal to 13 thirteen rounds. Influenced by devoted pilgrims, some tourists would like to join them to take a dip or trek around to cleanse heart and purify the soul. 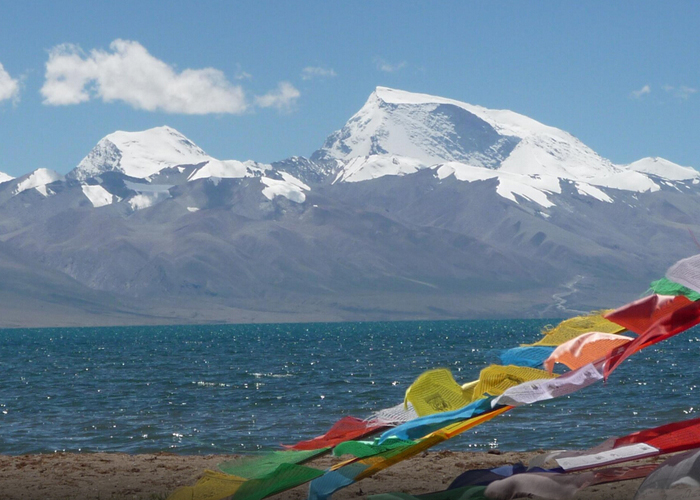 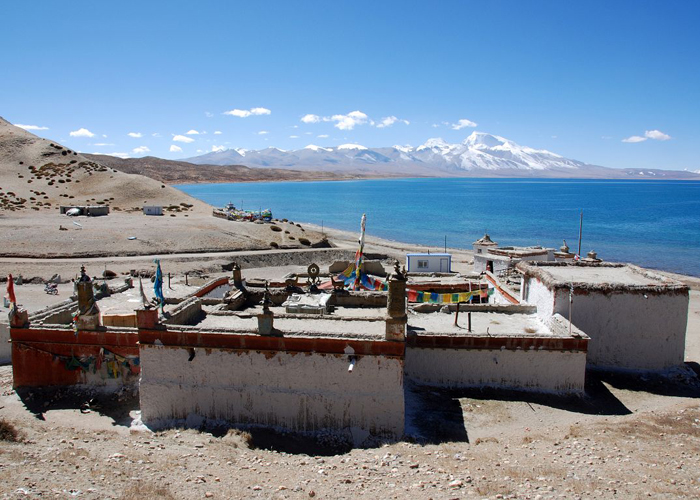 Ancient Monastery in the Lakeside of Manasarovar 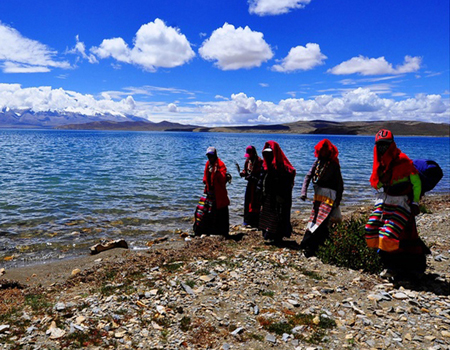 ● Travel Documents: Besides the Tibet Entry Permit, you must further apply for Alien Trable Permit, which is issued by the Local Public Security Bureau (PSB) of Tibet to travel Lake Manasarovar.

● Best Time to Go: The best time to visit Manasarovar is the summer with a mild temperature. For other period to go, you can have a different experience, like enjoy a bath in spring time after the ice melted. With a changeable weather, you should take overcoat even in summer time.

● Photography Site: Jiwu Gompa as a tourist base is also an ideal site to take photos. Standing on the hillside nearby, you can have a panorama view of Lake Manasarovar, even Mt. Kailash and Namnani Peak in the sunny days.

● Taking Bath in Lake: as a tradition for some religious pilgrims, the bathe needs courage to overcome the freezing water. If you are just a tourist, please think twice to take a holy dip and check your health condition. 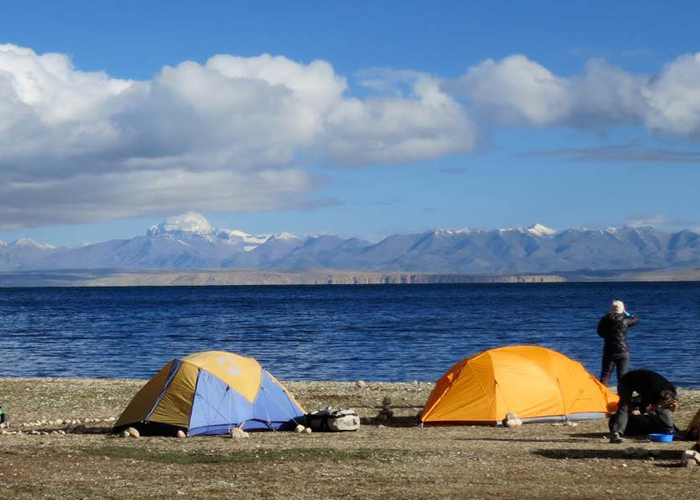 You are here: HomeTravel GuideLake Manasarovar