The overland gateway (Gyirong Port) between Nepal and Tibet is open to foreign travelers, which makes a Nepal Tibet trip much easier. Plan your Nepal Tibet tour now! >
We are very good at designing ideal travel experience of your own in Tibet based on your personal requirements and intrests.
You are here: HomeTibet TrainSichuan Tibet Railway 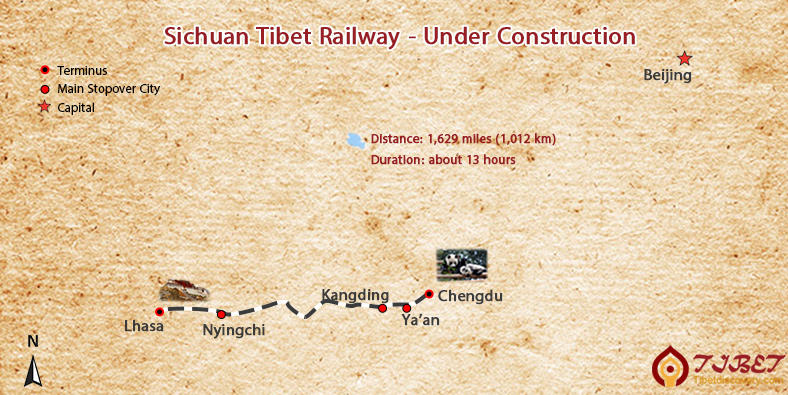 Catching the attention of numerous travelers, the construction of Sichuan Tibet Railway (Chuanzang Railway, 川藏铁路) began in the end of 2014 after about fifty years’ consideration, survey, research and route selection. With countless difficulties to overcome, it will take over ten years to build this unbelievable railway. Once Sichuan Tibet Railway is finished, the train running on the railway will become the most important transportation to Tibet, full of breathtaking views and cultural experience.

Sichuan Tibet Railway is the second Sky Road under construction after Qinghai Tibet Railway. It leaves from Chengdu - capital of Sichuan and extends to Lhasa - capital of Tibet, with a length of 1629km. The construction has started since 2014 and the whole railway station is predicted to be finished in 2030. Once finished, the travel time between Chengdu will be cut down to about 13 hours, 30 hours less than present train. Sichuan Tibet Railway is regarded as the most difficult railway to be built on earth.

Though Sichuan Tibet Railway is shorter than Qinghai Tibet Railway, it needs much longer construction period and much higher construction cost. The designed railway fluctuates with an accumulated climbing height of 1,4000m which makes some media praise it as a huge roller coaster. There are multiple other difficulties to overcome to build Sichuan Tibet Railway, like landslides, earthquakes, karst caves, terrestrial heat, avalanches etc. With the experience of building Qinghai Tibet Railway, all the difficulties are believed to be overcome by the great designers and workers.

Located in the west China, Tibet enjoys featured culture quite different from China’s inland cities. The sacred monasteries, holy lakes, heavenly mountains and devoted Tibetan people always make thousands of culture-lovers’ longing for. After all, Chengdu is can be reached easily by people from different counties and nations. With the construction of Sichuan Tibet Railway, people can experience Tibetan culture, including food culture, dressing culture, Buddhist culture etc. more easily as well.

Because of the high altitude, cold climate, sophisticated topography and inconvenient transportation, it is hard to develop the economy of Tibet and west Sichuan. As the Qinghai Tibet Railway was completed, the economy of Tibet grew fast in that it did great help to promote the development of industry, reduce the cost of inbound cargo, make better use of the natural resource, and attracted a growing number of tourists. However, some people in west Sichuan and Tibet are still suffering from a hard life because they have seldom opportunity to contact with outside world and develop their economy. It is believed that Sichuan Tibet railway will make a big difference again.

Unique environment also makes unique scenery. The natural landscape in Tibet and west Sichuan are very fascinating. Up to now, Qinghai Tibet railway is the only railway linking Tibet with other cities and it takes over 43 hours to travel from Sichuan to Tibet by train. What’s more, there isn’t any train running to/through west Sichuan (including Garze & Aba). While Sichuan Tibet Railway is completed, the amazing “Shangri-La” hidden in the unknown places will uncover its mysterious veil. There are too many stunning views waiting for your exploration and you must get an unforgettable travel experience with Sichuan Tibet Railway. 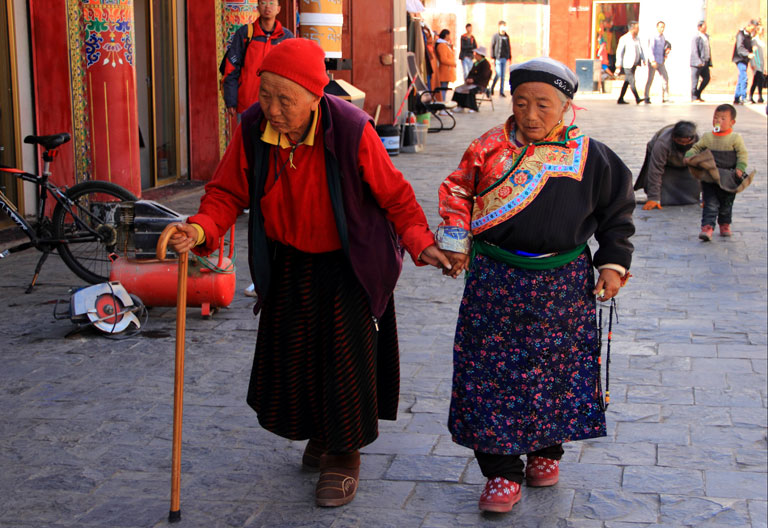 Tibetan Ladies on their Traditional Custom 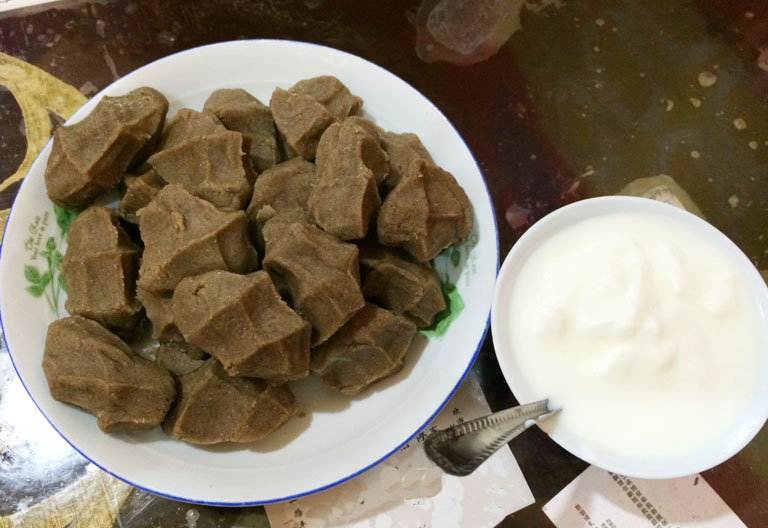 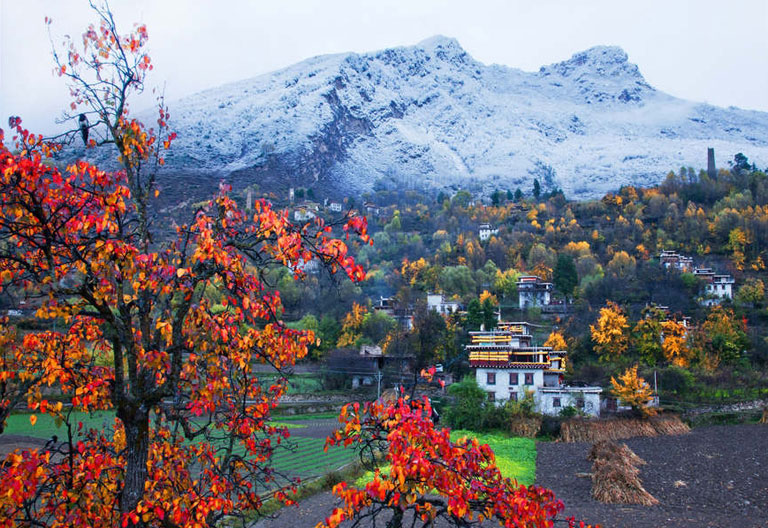 Sichuan Tibet Railway Station can be divided into three parts – Chengdu Kangding Railway, Kangding Nyingchi Railway and Lhasa Nyingchi Railway. The construction began from the two ends of the railway.

Chengdu is one of the best gateway cities to Tibet and most people like to have a tour combined Lhasa and Chengdu. Giant panda is a world-famous visiting card of Chengdu, which attracted tourists from home and abroad in endless stream. Chengdu is also well-known for the relaxed life style, and here you enjoy the slow-paced life. Many people like singing and dancing in the park or drinking tea and playing mahjong in the tea house. Sichuan food also makes Chengdu popular. The cuisine is composed of seven basic flavors - sour, pungent, hot, sweet, bitter, aromatic, and salty. Chengdu can be reached from many international cities and most China’s other cities. Taking a flight and a train to Lhasa from Chengdu are both available now, but train journey is as long as 44 hours now.

About 70km away from Chengdu, Ya’an is a small city which can only reached by road at present. However, you can get a really nice experience by visit Ya’an, highlights including Bifeng Gorge, Mengding Mountain, Shangli Ancient two etc. Because of these rich sightseeing resource it offers and the history & culture it owns, people call it the hometown of panda, the birthplace of tea and the corridor to different nationalities. It is also famous for its three elegances - elegant rain, elegant fish and elegant girl. Sichuan Tibet Railway will provide an good view of Ya’an.

Located in the west transitional zone between Sichuan Basin and Tibet Plateau, Kangding enjoys a saying that you can see the views of four seasons in one mountain here. Visiting Kangding, you won’t miss the green pastures, wild flowers, flying falls, hot spring, primitive forests and snow peaks, Xinduqiao in Knagding is the attractive paradise for shutterbugs.

As the lowest area with an average altitude of 3,100km, Nyingchi is quite different from other places of Tibet. It has fertile earth and luxurious plants. Worth-seeing attractions contain Namjagbarwa Peak, Lulang Forest and Yarlung Zangbo Grand Canyon. Nyingchi, honored as Eastern Switzerland, also drew countless travelers with its bright snow-covered peak and florid peach flowers in the spring.

Lhasa, the sacred city and spiritual center of Tibet, is the terminal of Sichuan Tibet Railway. With more than 3,000 hours of sunshine annually, it is famed as "the City of Sunshine". The first view of Lhasa must be the magnificent Potala Palace which soars above the holy city. There are also many Buddhist monasteries where you can feel the strong religious atmosphere and be moved by the devoted belief of the local people. 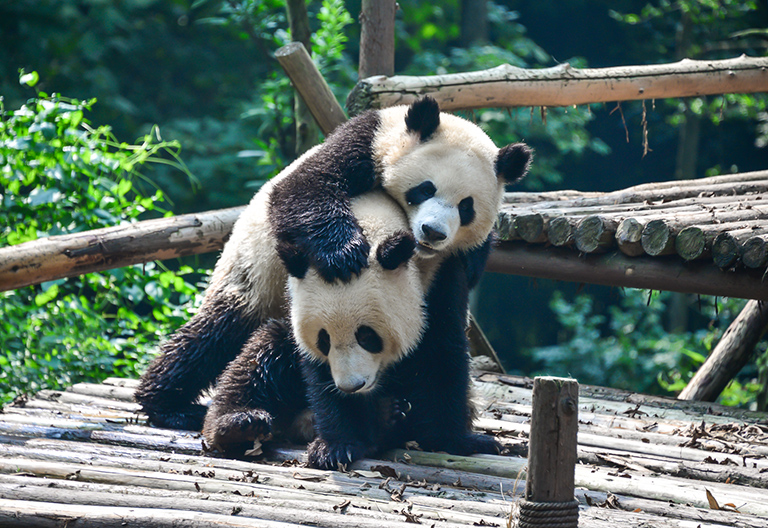 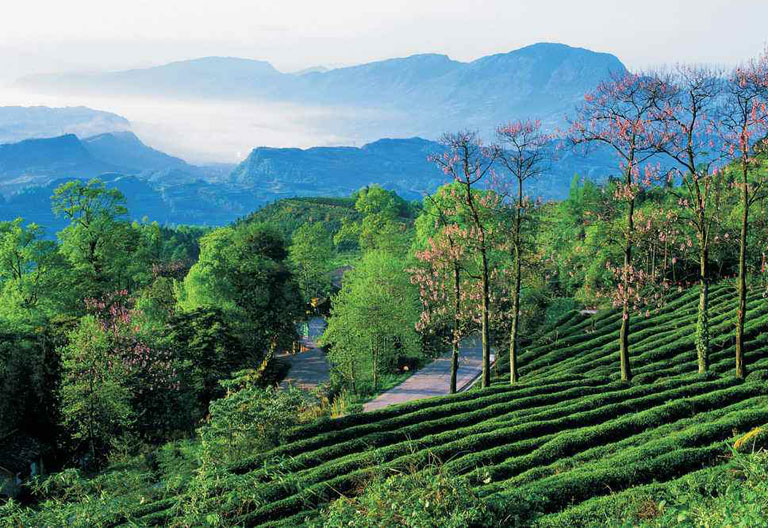 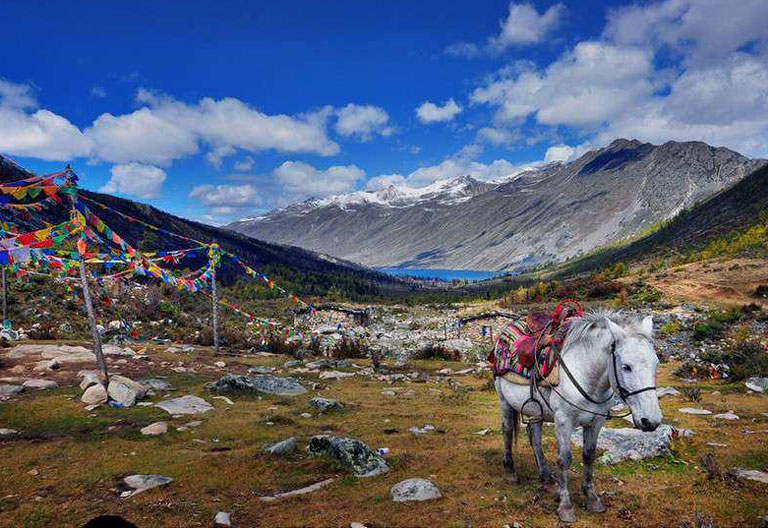 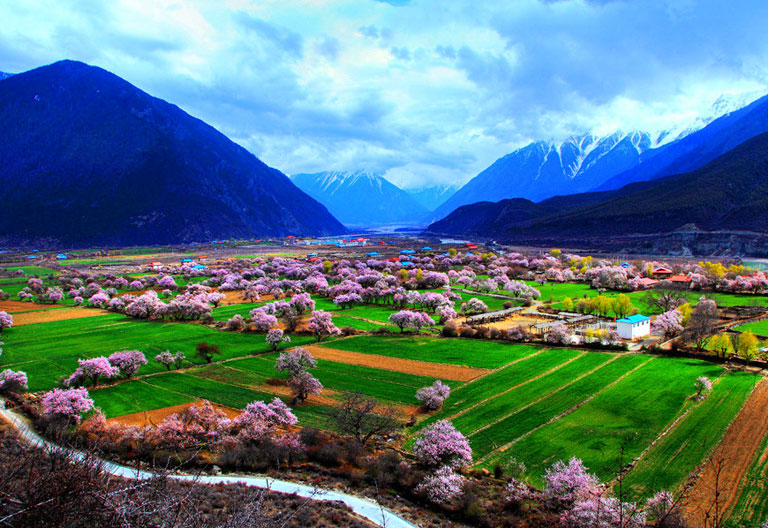 Travel from Chengdu to Tibet Now

If you can’t wait Sichuan Tibet Railway and want to have a Tibet journey from Chengdu now, check Chengdu Tibet tour. Tibet Discovery has prepared several amazing tours with attractions which you should not miss. If you want a customized tour, contact us freely and our professional travel consultant will make a memorable and meaningful tour for you.

Check out our most popular train tour packages departing from Beijing, Xian, Chengdu, Xining, Shanghai, etc. All packages are customizable according to your requirements. If you have more time, you can extend your trip from Lhasa to other popular destinations, such as Shigatse, Mount Everest, Nyingchi, Ngari, etc. Check more >Tibet Train Tours