The overland gateway (Gyirong Port) between Nepal and Tibet is open to foreign travelers, which makes a Nepal Tibet trip much easier. Plan your Nepal Tibet tour now! >
We are very good at designing ideal travel experience of your own in Tibet based on your personal requirements and intrests.
You are here: HomeTibet TrainLhasa Nyingchi Train 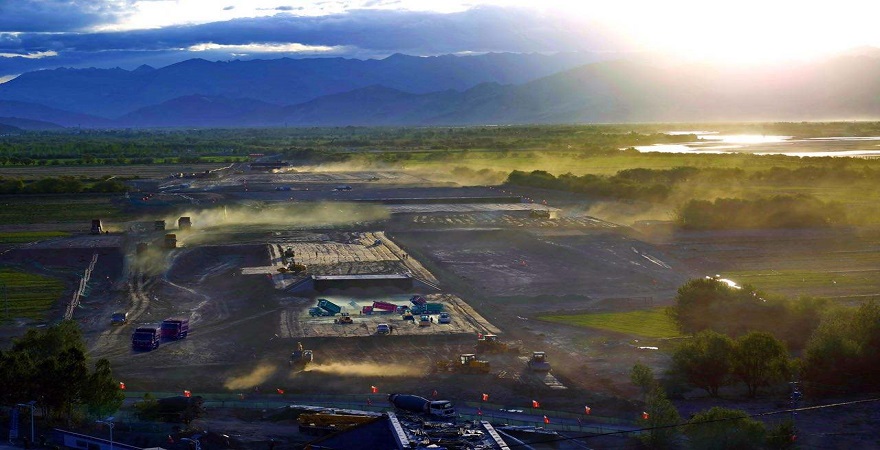 Being started on December 2014, the Lhasa Niyingchi Railway departs from Lhasa Railway Station and reaches in Nyingchi Railway Station, extending rail tracks all along the Yarlung Zangbo River. Over Ninety percent of its tracks need to be built on plateau area where are at elevation of over 3, 000 meters.

Duration: About 2 to 3 hours

Scheduled Completion Date: in 2021(will be completed one year in advance)

In 2014, the Nyingchi Railway began to be built and will be operated to run in 2020 as predicted. Now passengers who take bus spend seven to eight hours on the road, once the railway open to traffic, the riding time will be shortened to two to three hours. With the opening of several railway stations in Shannan, passengers are gonging to have chance to tour mysterious scenic spots in Shannan area.

There will only be 17 stops in the beginning during Lhasa Nyingchi Railway: 9 stations for passenger and freight transport and 8 passing stations. Lhasa Shigatse Train will share about 33 kilometers with Lhasa Nyingchi rail, two lines will meet at Xierong Railway Station. 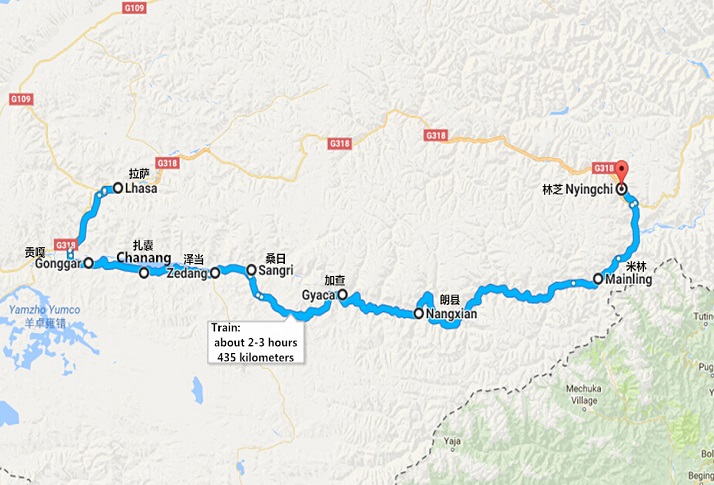 There are 47 tunnels (including 14 high-risk tunnels, 7 greatest risk tunnels), 118 bridges all along the line. Landmark projects are the 17,310 meters long Dagala Tunnel and the first coating-free and weather-proof steel bridge: Zangmu Grand Bridge.

Construction condition on this region is incredibly hard. Workers have to build rails in very remote and cold areas where transportation is extremely difficult, not to mention the high altitude sickness are most likely to occur. Most alarmingly, geological structure is surprisingly complicated in the entire sections, landslides, collapses, debris flows, flood damage, icing disaster, earthquakes and mollisols are the main difficulties need to be overcome. In addition, investment in water protection is more than 1,200 million yuan till now. 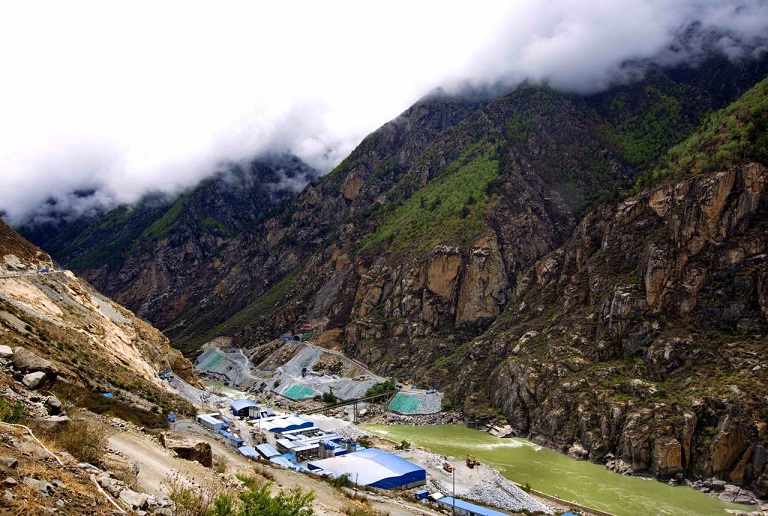 Current Transportation from Lhasa to Nyingchi

Natural scenary in Nyingchi Tibet is quite charming. Praised as “Switzerland in Tibet”, there are waterfalls in Metok, peach blossom in Bomi, Mt. Namjagbarwa, forests in Lunang, etc.

The main transportation choice between Lhasa and Nyingchi so far is highway, which takes about 7-8 hours to travel from Lhasa to Nyingchi by road. Or if you want go to Nyingchi (Nyingchi Mainling Airport) by plane from Lhasa (Lhasa Gonggar Airport), there are two direct 40-minute flights opened by Shenzhen Airlines and Tibet Airlines every day for your convenience.

The railway between Lhasa and Nyingchi has been under construction. It is estimated that it will take about 2 or 3 hours from Lhasa to Nyingchi when the railway come into operation.

*Important Notice：Don’t miss the right location of Lhasa Railway Station, rather than the Lhasa West Station and Lhasa South Station, which are stations only for cargo transport.

The joint point between Lhasa Shigatse Railway and Lhasa Nyingchi Railway will offer more exchange trains for tourists in Tibet. Besides, the future operation of this line is considered to promote the Tibetan economy and consolidate border defense in southwest China.

According to the early plan, construction duration of this line was thought to be seven years, but it be shortened by one year beyond expectation. Eventually, a Y-type will stretch into all directions in Tibet after the completion of Lhasa Nyingchi Train, Lhasa Shigatse Train and Lhasa Yatung Train. 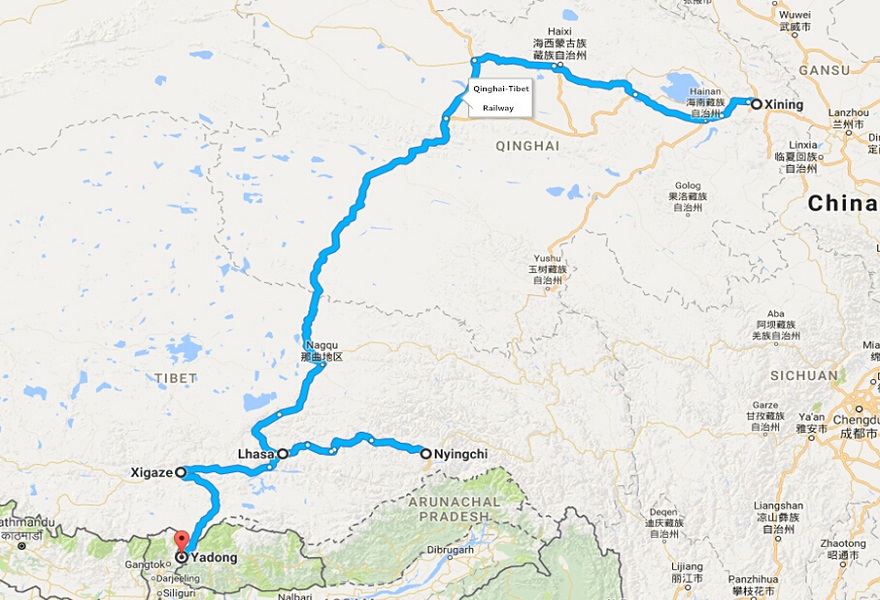