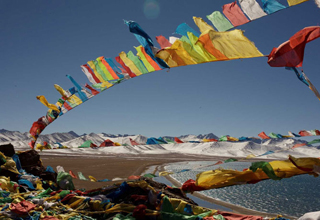 Is this trip for you?

You are warmly welcome to Tibet by hearing Tashi Delek at the Train station/airport from the local guide and you'll be escorted to reserved hotel in Lhasa. After arrival at your hotel, the rest of the day is free for you to explore the local area and acclimate yourself to the high altitude and weather of Lhasa.

Tips of today: 1. Go for some walking to acclimate the high altitude but avoid strenuous activity after arrival; 2. You’d better not have bath; 3. Drink more water. 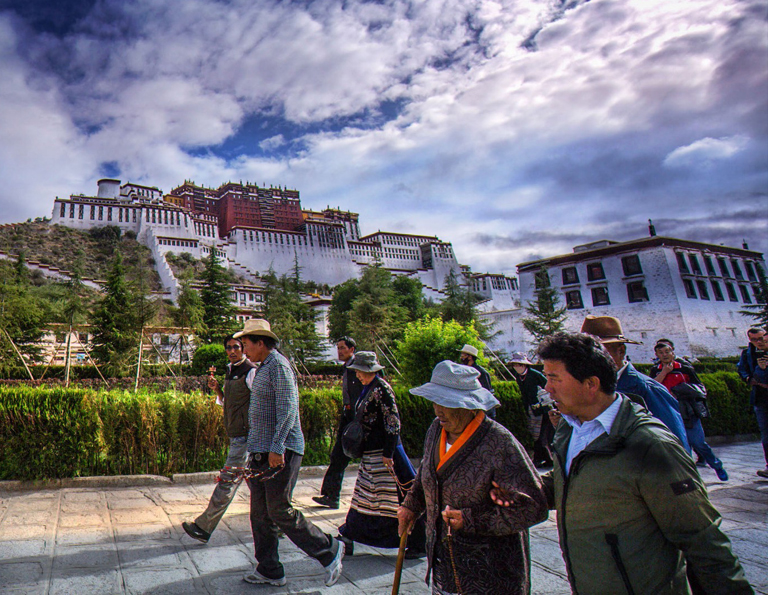 After breakfast, go to visit the No.1 attraction in Tibet - Potala Palace. It is known as the highest palace in the world and one of the most famous architectural works in the world. Standing on the Red Hill of Lhasa, the Potala Palace is a treasure house of Tibetan history, religion, culture, and art. The palace is well worth visiting for its artistic value, historic purposes, and cultural awareness.

There are two attractions for you to visit in the afternoon. First, you’ll visit the Jokhang Temple. As the house of the Buddha, Jokhang is the holiest destination for all Tibetan pilgrims; as the spiritual center of Tibet, Jokhang Temple is the perfect place for you to experience the devotion of Tibetans. Last activity is wandering around the crowding Barkhor Street. Whether you are there to take part in the religious site, to do a bit of souvenir shopping, to eat Tibetan or Chinese Muslim food or just for simple site-seeing, the Barkhor Street area is one of the most fascinating and colorful places in all of Tibet.

Tips of today: 1. Wear hat and sun glasses to prevent ultraviolet radiation, but remember to take off when visiting in the monasteries. 2. Usually taking photos is not allowed in chapels inside monastery. 3. Remember to bring your passport which is needed to showcase when check in Potala Palace. 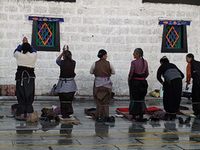 After breakfast, your tour guide will pick you up in your hotel. Then drive about 30 minutes to visit the Drepung Monastery. This Gelug monastery has a history of more than 500 years. It used to be the largest monastery in the world with totally 10,000 monks there. Many precious stupa, sculptures, paitings, Thangka...are displayed in the hundreds of chapels. And the annual Shoton Festival is organized here.

In the afternoon, you will visit another famous Gelug monastery around Lhasa city - Sera Monastery, which is famous for its “Buddhism Scriptures Debating”. It is only 3km away from Lhasa city. Enjoy the debating.

Tips of today: 1. Feel free to ask tour guide questions about Buddhism or else; 2. Obey Buddhist manners and talk appropriately; 3. If you don't know where to have meals, restaurant in your hotel is a great choice. 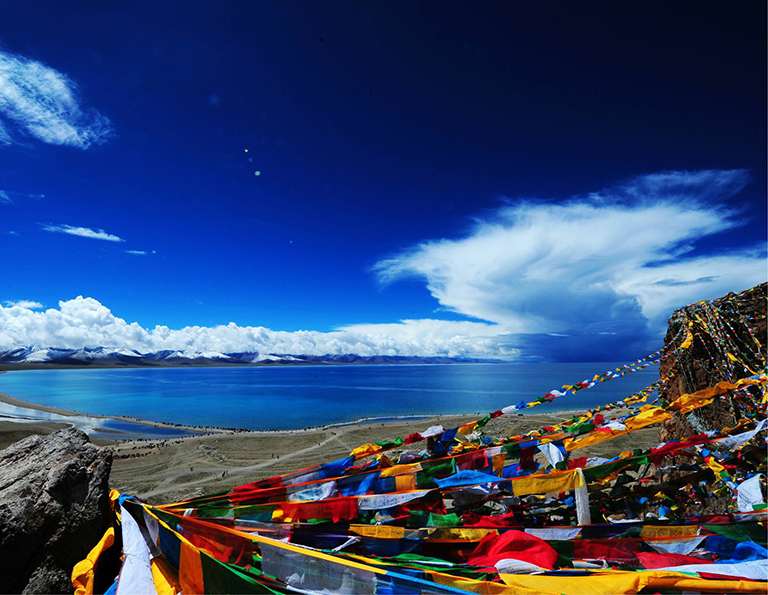 Today, you will visit the holy lake - Namtso Lake. During driving to Namtso Lake, we can see crowds of Yaks and sheep. And you will pass the Nagenla Mountain with the altitude of over 5000m. After arrival at Namtso Lake, you can take a rest along the lakeside and appreciate the sunset and feel the peace of nature.

In clear weather the water is a stunning shade of turquoise and you will be surrounded by magnificent views of the nearby mountains. The wide open spaces, dotted with tents of local nomads, are breathtaking. You may also walk along the lake or climb up the hill near the lake to explore the area.

Tips of today: 1. Best time to visit Namtso is from June to September; 2. Wear warm and thick clothes to prevent from cold and wild. 3. Accommodation condition in Namtso area is basic. 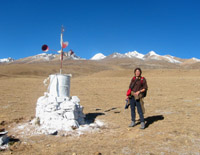 In the morning, get up early and view the magnificent sun rise of this holy lake. Rising 4,718 meters above sea level and covering an area of 1,920 square kilometers, Namtso has 70 kilometers in length from east to west and 30 kilometers in width from south to north.

Then drive back to Lhasa. En route, you have chance to bath in the spectacular hot springs which are formed from terrestrial heat in Yangpachen(optional).

Tips of today: 1. You have to pay money if you take photos with yaks and Tibetan Mastiff; 2. Wear warm coat because it is very chilly in the early morning of Namtso.

Today is free for you until your tour guide transfer you to the airport in time for your flight or drop you off at Lhasa train station.

Tips of today: 1. Please pack your luggage carefully, especially for small things like camera charger, power adaptor, mobile phone, phone charger, wallet and towel. 2. If your flight is arranged in the afternoon, please make sure you check out the hotel before 12pm. 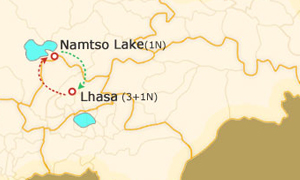 This trip is ideal for those with limited budge but still want to see the major attractions in Tibet and be a bit adventurous. From a day spent exploring the intricate architecture of Potala Palace to experiencing the unique beauty of Namtso Lake, experience Tibet the way it is meant to be experienced.

“If you prefer to travel with only your group, we also have a private customizable tour for the same itinerary. Highly recommend you get a quote for both type of tours to compare. Private tours are usually more expensive than group tours. However, if you have a few people in your group, the price won't be much different. If you are travelling alone, a group tour is the best choice. ”

Note: 1. The above departure dates are subject to change, you'd better contact us to comfirm the final depature before your booking；2. The quoted price is based on double occupancy, 3 star accommodation level in low season, and subject to change according to group size and payment methods.

Free airport pick-up service is only available for the flights arriving at Lhasa between 11:00 AM ~ 12:00 AM, 14:30 PM ~15:30 PM. There are two schedules of free airport drop-off vehicles at 10:30 AM and 13:00 PM. Train pick-up/drop-off service is free for all train schedules. If your flight arrive or departure with different time,and need transfer service, we will charge 58$ per transfer.

A great way to obtain the lowest possible price is to invite more people to join you to make bookings. (Please notice that the price discounts are only valid for you and friends invited by you, irrelevant to other members in the final group that you will be part of.)

Reviews of This Trip

Still not sure if this trip suits you? Read what other travelers think about this Tibet trip. We only accept reviews from confirmed travelers who purchased the tour / activity from us, so you can be sure the reviews are unbiased and authentic.

Yes, We had a great time. Hotel was perfect. Warm rooms, comfy beds, good enough breakfast. Van was very comfortable. Guide was a nice guy. Driver drove safely. I liked that we were given options for meals. All attractions good but would have liked to see more of the city described on day two. The shopping street part was after sunset and we walked and walked - too much.

Overall, very happy with the trip and will recommend it to friends. 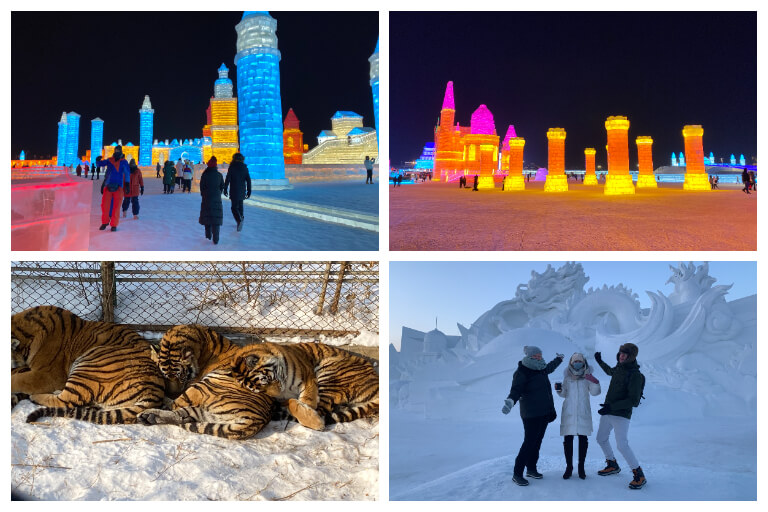 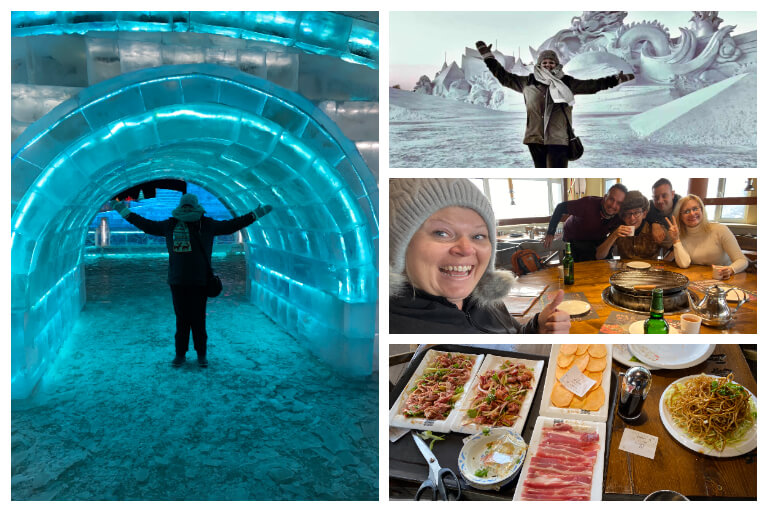 Jenn's Wonderful Snow and Ice Holiday in Harbin with Friends

Thanks for today! Everything went well !! 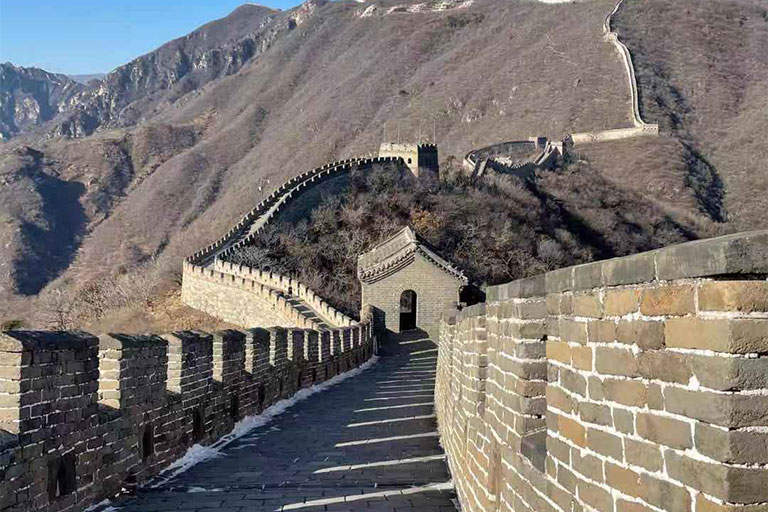 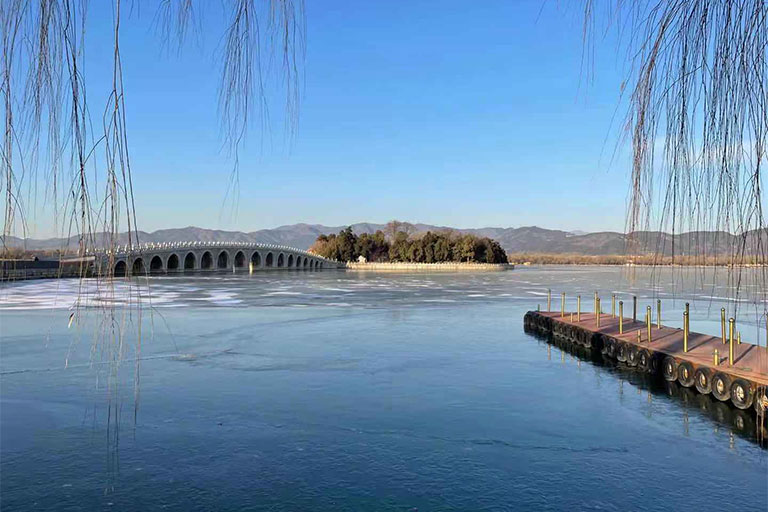 The driver Xiamen has been excellent, thank you!

Been on this tour?

Fellow Tibet Discovery travelers would like to know what you think of this tour.

You are inquiring about the "6 Days Lhasa Namtso Lake In-depth Tour".