The overland gateway (Gyirong Port) between Nepal and Tibet is open to foreign travelers, which makes a Nepal Tibet trip much easier. Plan your Nepal Tibet tour now! >
We are very good at designing ideal travel experience of your own in Tibet based on your personal requirements and intrests.
You are here: HomeTravel Permits & VisaTibet Permits for Indian Citizens

Indian citizens, whether Buddhists or Hinduism followers are all keen on Mount Kailash and Lake Manasarovar in Ngari Prefecture of Tibet, China where are regarded as “the center of the world”. Kailash Manasarovar Yatra - a kora around the holiest mountain and sacred lake, is a dream the devout Indians pilgrims seeking for lifetime. Acting as a world famous holy religious region, trekking to Mount Kailash and Lake Manasarovar in Tibet plays an important role in China and Indian friendly exchanges. Besides the pilgrimage, Tibet also appeals to neighboring Indians for all kinds of beautiful landscape. But travel to Tibet is different from visiting other Chinese cities. No private Tibet tour for any Indian citizen is allowed. There are two types of groups that holders of Indian ordinary passports wishing to travel to Tibet in China may join.

Indian citizens who travel to Tibet for sightseeing just like other international tourists do without visiting Mount Kailash and Lake Manasaovar have to join in a tourist group same as all foreign visitors.

Ordinary tourist group of Indian nationals needs to be organized by local Indian travel agency with arrangements from CITS Tibet (China International Travel Service, Tibet). Group Visa may be issued only after the Embassy of PRC (People’s Republic of China) has received approval from Tourism Bureau of Tibetan Autonomous Region. The Chinese Embassy is NOT AUTHORIZED to issue individual tourist visas to applicants wishing to visit Tibet, China.

Group Visa is a type of China Entry Visa. It is used for the foreign tourists who want to travel to Tibet from Nepal and other countries required offering.

The local travel agency in Indian should apply for the Group Visa in Embassy of the PRC (People’s Republic of China) in the Republic of India. Then submit application materials in Chinese Visa Application Service Center in New Delhi. The Group Visa strictly regulate that Indian tourists must be an at least 5-person group organized by Indian travel agency or institution and received by Chinese authorized travel agency or organization. All group members have to entry and exit Tibet from the same place and at the same time. 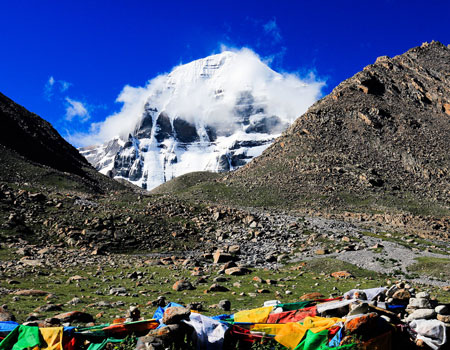 How to Travel from India to Tibet

Nepal is a good transfer station to Tibet from India both by air and by land. Indian tourists can take a direct flight to Kathmandu, capital city of Nepal firstly from Delhi, Bombay, Calcutta and Bangalore in India, and then spend several days to apply for the Tibet Group Visa in Chinese Embassy in Kathmandu. The Group Visa is specially needed for tourists who travel to Tibet from Nepal besides the Tibet Travel Permit. According to announcement from Chinese Embassy, folk pilgrims who hold Indian Passport and lived in Nepal for extended periods of time can apply for the Group Visa in Embassy of the PRC in the Federal Democratic Republic of Nepal too. Then Indian travelers have two ways to Tibet from Nepal – by plane or by land. Since the Zhangmu Border between China and Nepal has been closed long time for the severe earthquake happened in Nepal on April 25, 2015, the previous overland route to Tibet crossing Zhangmu Boders is not available now. And driving through Girong Border, another port of China-Nepal is a quite tough and tedious journey. So tourists are suggested to take a Kathmandu Lhasa Flight which flies directly between Lhasa and Kathmandu within 2 hours every day. 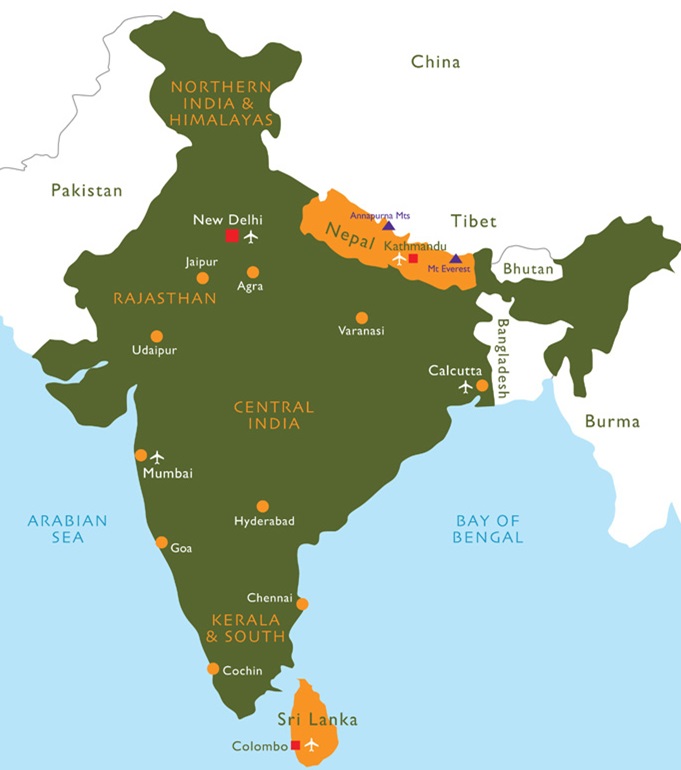 Location Map of India and Nepal

The second choice Indian tourists benefit from is to transfer in Chinese inland cities to Tibet, extending Tibet tour with more popular destinations in China. In this way, Chinese Visa and Tibet Travel Permit are the must have documents. Moreover, the good news is that so far, there are 4 cities in China offering direct flights to India, which are Beijing, Shanghai, Guangzhou and Kunming. Among all cities, Beijing, Shanghai and Guangzhou operate both direct daily flights and trains to Tibet. Currently, Kunming in southwestern China only offers non-stop flights to Lhasa Tibet without any Tibet trains to take.

Tibet Travel Permits - Travelling to Tibet demands more documents, not simply as other cities in China. Tibet Travel Permits is the official document which permits a foreign traveler to enter and travel in Tibet. It is the secondary travel document to travel in Tibet besides the Chinese Visa. Among several Tibet permits, Tibet Travel Permit (Tibet Entry Permit) is foremost and compulsory for foreign passport holders to enter Tibet. Issued by Tibet Tourism Bureau, it is also called Tibet Tourism Bureau Permit or TTB Permit. It is needed to take a train/flight to and off Tibet.

>> How to Obtan Tibet Travel Permit. 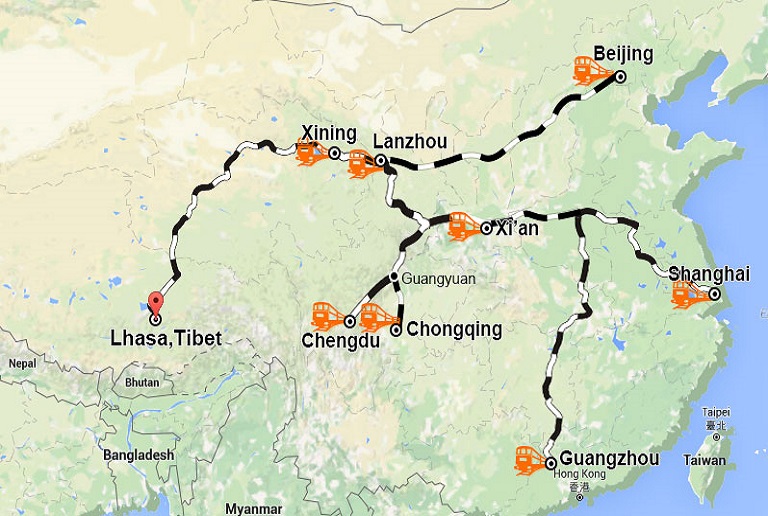 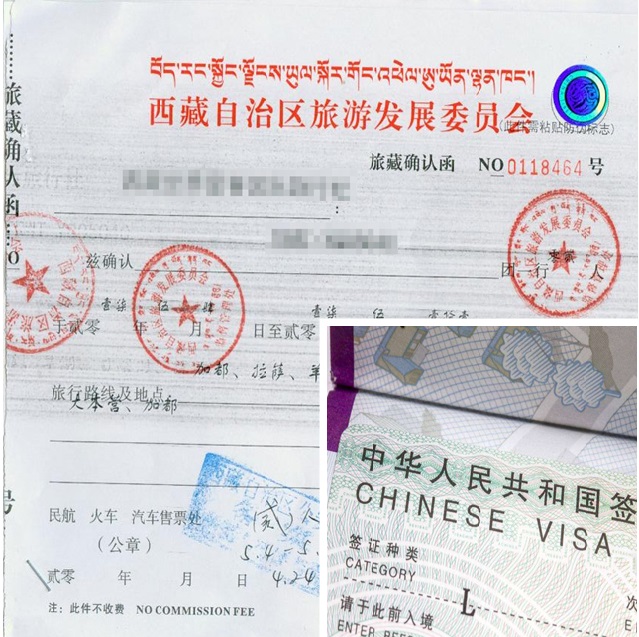 Indian pilgrims who want to do pilgrimage around Mount Kailash and Lake Manasarovar should follow another Tibet Permits Guide. For the purpose of holy religion other than tourism, the process of getting approval of pilgrim in Tibet is more complicated and much harder than normal tourists.

Indian pilgrims wishing to visit Mount Kailash and Lake Mansarovar should apply for the Group Visa at the Chinese Embassy in India. While, long term Indian residents in Nepal can apply the group visa in Nepal with valid passport and supporting documents.

The Tibet Visa for pilgrimage will be examined and issued jointly by the Foreign Affairs Office of TAR, Tibet Military Region, Armed Police Tibet Frontier Corps and the Department of Public Security of Tibet. After getting approval, pilgrim group will be only received by Foreign Affairs Office of Tibet and Tibet-India pilgrim Reception Center for making all arrangements of transportation, accommodation, itinerary, guide and relevant help for the several days’ kora.

No travel agency or organizations, including TibetDiscovery, are allowed to receive pilgrims groups without authorization. The most recommended advice for Pilgrims of Indian is that contact a local Indian travel agency which has been authorized to arrange pilgrimage tour to Mount Kailash and Lake Manasaovar in Tibet. 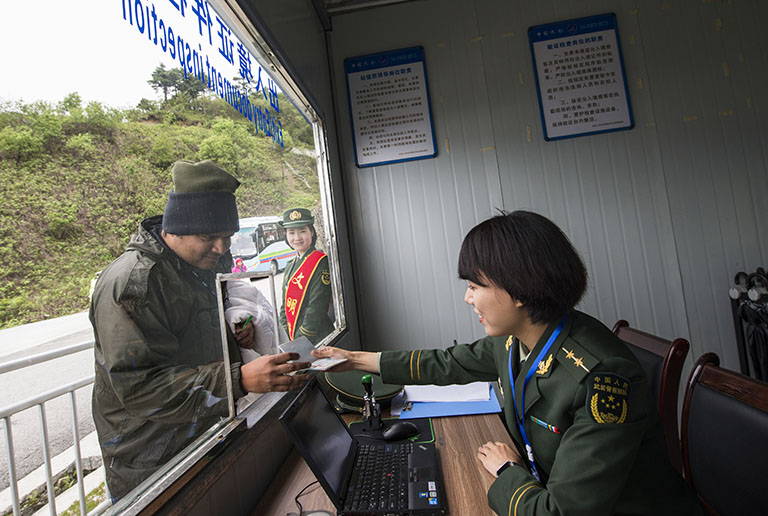 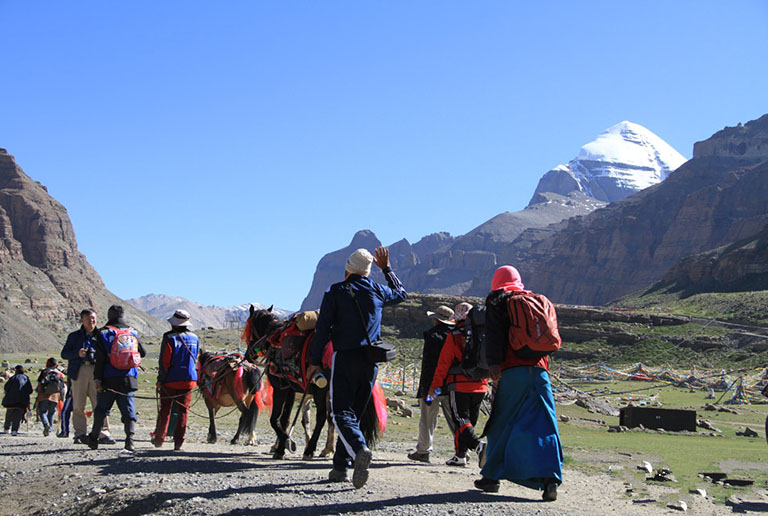 1. Lipulekh Pass (里普列克山口/强拉山口) is located at the tri-border between China, India and Nepal, 17500ft/5334m above sea level. The pass belongs to Himalaya Mountains and connects Burang County of Tibet with Kumaon Division of India which used to be a branch of the Ancient Silk Road and a must pass to reach Tibet for Kailash Manasarove Yatra . Lipulekh Pass, opened from June to September every year only, is one of the two passes reaching to Tibet from India directly through land, about 30km from southwest Burang County, Ngari Prefecture in Tibet.

2. Nathula Pass (乃堆拉山口) lies in border between China and Indian Sikkim, southeast of Himilaya Range at an elevation of 4730m. It is about 24km away from Gangtok, capital of Sikkim, occupied by India, 550km to Calcutta and 246km to Lhasa, capital of Tibet. Crossing Nathula Pass to Yadong County, Shigatse Prefecture of Tibet is the shortest overland route linking China and India. This pass is opened to Indian Passport holders for frontier trade and transportation from every June 1 to September 30.

All the two special legal passes are only available to Indians, Chinese and Tibetans.The latest new says the Nathula pass is currently closed and not available for pilgrimage to Mount Kailash and Lake Manasarovar in Tibet. And when to fix this is still a unknown issue. 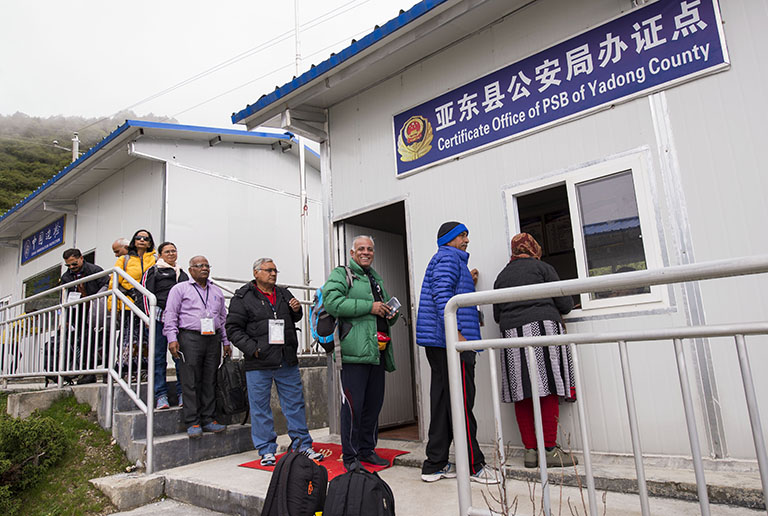 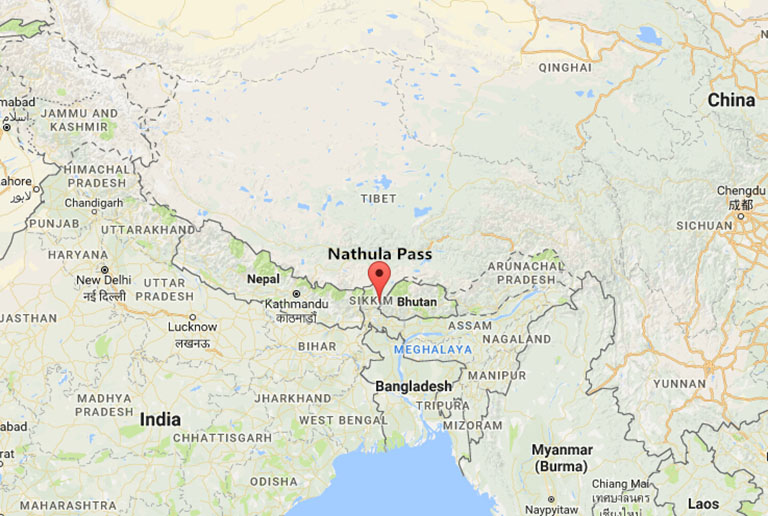 You are here: HomeTravel Permits & VisaTibet Permits for Indian Citizens