The overland gateway (Gyirong Port) between Nepal and Tibet is open to foreign travelers, which makes a Nepal Tibet trip much easier. Plan your Nepal Tibet tour now! >
We are very good at designing ideal travel experience of your own in Tibet based on your personal requirements and intrests.
You are here: HomeTravel GuideBest Time to Go

The climate of Tibet is unique and complex largely influenced by its special topography, geographical environment and atmospheric circulation. Located in Qinghai Tibet Plateau of more than 4000m and far away from oceans has created Tibet a featured plateau climate – thin air, strong sunlight and ultraviolet radiation, etc. though Tibet lies in same latitude as inland cities in Yangtze River. Sunshine hour in Spring & Summer is the longest, peak is in May, in Autumn & Winter is shortest, minimum is in December. Annual average sunshine decreases from west to southeast regions.

Temperature in Tibet is 10℃~ 15℃ lower than plain cities in similar zone, e.g. Chongqing, Wuhan and Shanghai for its high elevation. Due to the same reason, Tibet enjoys the longest sunshine among all Chinese cities, resulting in small temperature changes throughout the year, large difference within one day. It will get colder with the rise of elevation. For places of 5000m above sea level in Ngari, it will be 10℃ only in summer daytime, drops to below zero degree at night.

Under the alternant control of west wind in winter and southwest wind of summer, Tibet has obvious dry season and rainy season: every October to next year April is the dry season, every May to September is the rainy season when precipitation counts about 80% ~ 90% of whole year. Precipitation in Tibet reduces from southeast to northwest. Night rains happens quite frequently in summer. With a vast territory, Tibet is high in north and low in southeast, elevation of North Plateau is from 4,500m ~5,000m while it is below 1,000m in southeast Tibet valley. Affected by such diverse terrain and disparate elevation difference, Tibet has both latitude zonality climate and obvious vertical variation.

See what you need to pack for Tibet Climate

When is The Best Time to Visit Tibet?

Actually it is suitable to visit Tibet all year around because you can visit different regions in different seasons. Such as you can explore Nyingchi in spring, visit Mount Everest in summer, discover Lhasa in winter. In comparison, autumn is the season for most destinations in Tibet. You are suggested visit Tibet during April to October when you can get best landscape and enjoy a comfortable weather. The golden time for traveling is August and September.

In recent years, Chinese tourism develops fast, more and more people swarm to Tibet, seeking for devout belief and precious sightseeing in Tibet. In summer and autumn, Chinese usually use the two long holidays – Labor Day on May and National Day on early October to travel to Tibet, creating two peak seasons of Tibet tourism. There is no doubt that scenery during these months is attractive, traffic is more convenient, but you will face crowds, tense accommodation and higher admissions as well.

Note: Tibet tour is not available from late February to the end of March due to several big holidays held in this period of time.

Climate and weather of Tibet vary with latitude and altitude. Thus, different regions feature in different climate and weather. Generally speaking, northern and western regions are cold and dry, while eastern and southern regions are warm and moist. All Tibet areas can be defined into diverse monsoon zones including tropics, subtropics, temperate and subfrigid climate based on latitudinal distributions and alpine climate.

1. Tropical Mountain Moist Monsoon Zone: Areas under elevation of 1,100m in southeast Tibet and southern slope of Himalaya Mountains enjoy the highest temperature and most rainfall. The warmest months have an average temperature of 22℃ and below 13℃ in the coldest months, which is higher than eastern Chinese cities of same latitude. Total annual precipitation is about 2,500 millimeters.

2. Subtropical Moist Monsoon Zone: Areas at elevation from 1,100m ~2,500m of southeastern Tibet and south Himalayas are lovely warm the whole year with an average temperature of 18℃ ~ 22℃ during warm months and about 1,000 millimeters precipitation per year.

4. Subfrigid Monsoon Zone: Lake basin regions of 4,200m~4,700m above sea level in north Gangdis - Nyainqêntanglha Mountains and south Qiangtang Plateau belong to a semiarid and arid climate. When average temperature in warm months is 6℃~10℃, these prairies develop to farming with limited yearly rainfall of 100~300 millimeter.

5. Alpine Frigid Monsoon Zone: North regions of Tibet located at altitude of 4,700m~5,500m get an average temperature of below 6℃ and about 100 millimeters precipitation totally. It’s the coldest part in Tibet where the dry, freezing and windy winter lasts a long time, probably to half a year and summer is short and cold. Places over 5,500m in this area are covered with snow all year around. 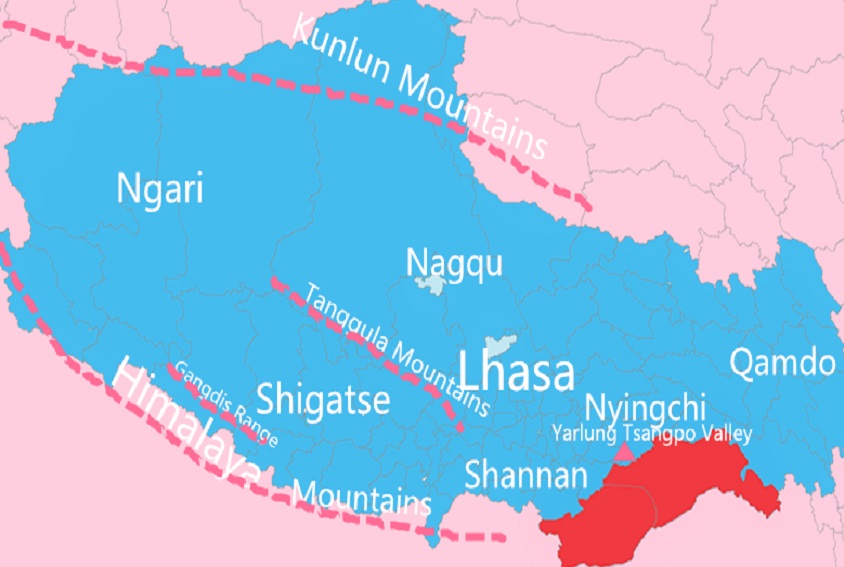 For the special altitudes of Tibet, weather there is different from that of all other cities in China. Tourists will experience a completely new Tibet environment at high elevation, thin air and strong ultraviolet radiation and large temperature difference of day and night. An acquaintance with the distinctive Tibetan Style seasons is food for selecting a proper time to visit Tibet.

Unlike most cities in China, where everything comes back to life, flowers bloom, new green leaves of trees grows and gets warmer noon, Tibet just undergoes its late algid period after winter. It is still freezing even it snows in some high elevation areas during early spring. Lakes like Namtso Lake (4718m) and Manarsarovar (4441m) are in deep freeze until warm Maytime arrives. As time goes on, you will feel little warm in day but remains chilly at night. Nicely warm days in April & May are one of the best times to Tibet, during which temperature is comfortable and rains little. 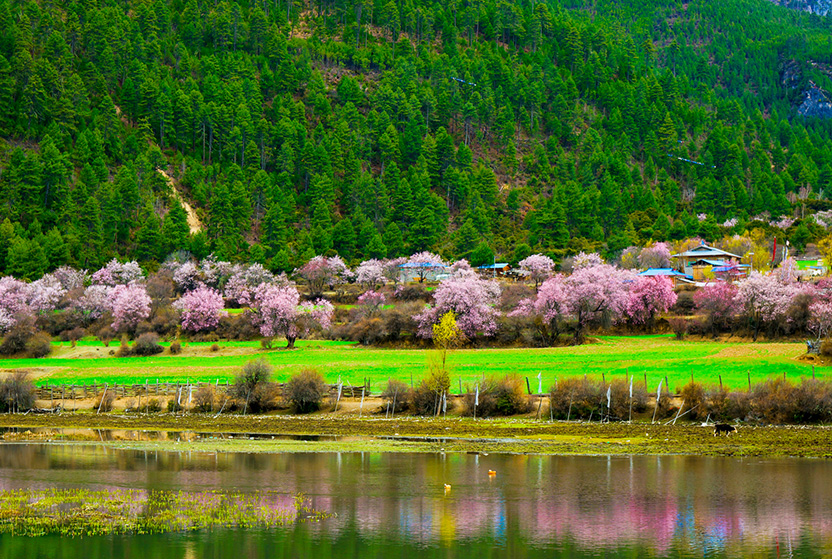 Owe to high altitude location, destinations in Tibet is less hot than plain cities in same latitude during summer. No sweltering you will feel except the pleasant warm in the daytime. Temperature drops largely at night in all Tibet areas, down to degrees below zero. Tourists are able to visit most attractions during this period since frozen lakes melt, days are becoming warmer than spring. Meanwhile, most of rains fall from July and August, causing many natural disasters, like debris flow, landslide in remote areas not recommended to go.

Rainy season of Tibet starts from Zayu, Medog in southwest Tibet from April and May, center moves westward slowly, then rainfall goes to Lhasa, Shigatse and other central areas of Tibet. Until July, all places in Tibet rains and will end in early September or Mid-October.

Ramble around Lhasa to enjoy the cozy sunshine and witness pious local Tibetan for Buddhism everywhere. 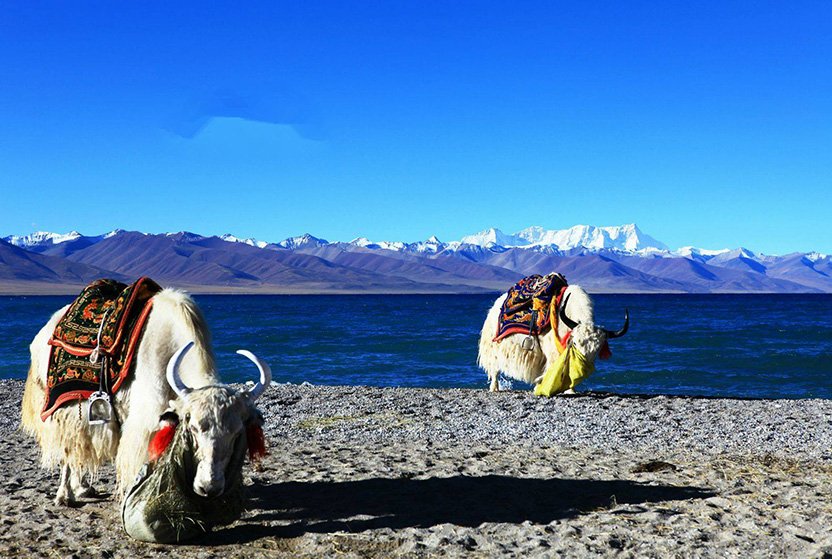 Rainy seasons end in pleasant cool autumn, which makes it another golden time to travel to Tibet. Plenty of tourists portray Tibet in autumn as a fairy tale world. You can see much picturesque scenery in Tibet while blue sky, yellow leaves, monasteries and snow mountains set each other off beautifully. Tourists often pay a visit to Tibet in September and October. It’s getting cold gradually from this season, obviously shivery in the evening on high elevation places. Therefore, very few tourists go to Tibet in November when it’s biting freezing close to winter. 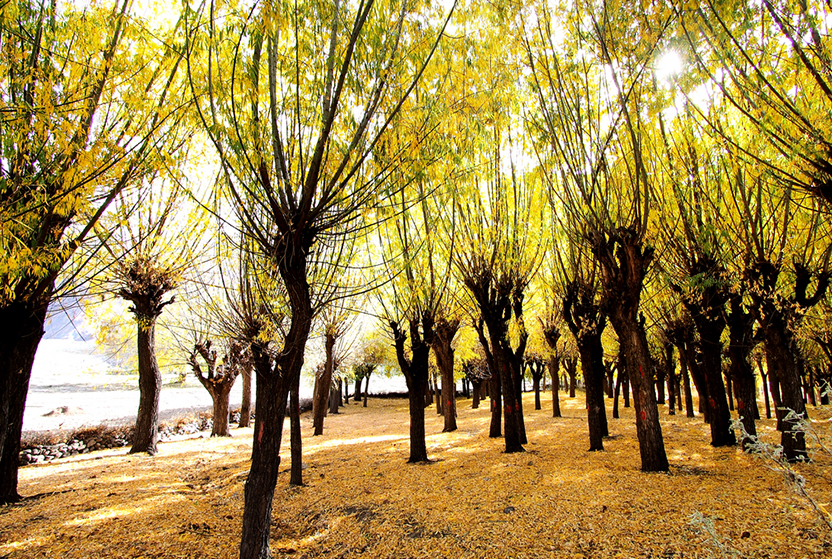 If you compare summer of Tibet to a young, winter of Tibet must be the aged man, serene and quiet. In winter, days begin to be cold and dry, extreme chilly at night, northern Tibet of high altitude is windy and fiercely frigid when thick clothing is needed to keep warm. But you still have a lot of chance to enjoy warm sunshine in the daytime in south and central Tibet, kind of warmer than inland cities. It snows but seldom rains during this period. Roads to natural scenic spots will be blocked by heavy snows, besides lakes will freeze completely with crystal ices, making these attractions a real ice and snow world. Namtso, Ngari and Medog are not suitable for tour.

Take a bath in hot spring of Yangpachen, Lhasa or Gyantse to get rid of cold and exhaustion. 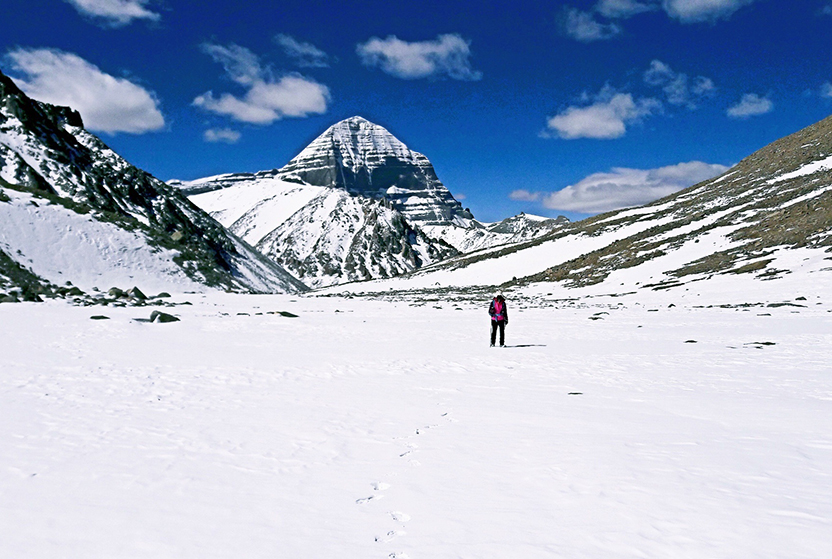 Climate, Altitude and Latitude of Different Places in Tibet

You are here: HomeTravel GuideBest Time to Go