Ngari is a remote prefecture in westernmost Tibet Autonomous Region, located at the junction of Himalayas, the Gangdise, the Kunlun Mountains and Karakorum Mountains. With an average altitude of more than 4500 meters, Ngari is the real "the roof of the world", and has many domanting peaks over 6000 meters. Geographically speaking, Ngari borders Nepal and India on the west and Kashmir in the west, which makes it very convenient for pilgrims from Nepal, India to traveling to Ngari. Ngari is also regarded as the "Origin of Rivers" because many world famous rivers originating from here, including Yarlung Zangbo River, India River and Henghe River.

Nowadays, Ngari is a dream destination for both travelers and pilgrims who share the magnificent landscape, inspiring culture and friendship of local Tibetan together. Mount Kailash (6714m) is always on the top of most itineraries. This mountain is worshiped as the sacred center of the universe for Buddhists, Hindus and Jains. While for travelers, the breathtaking scenery of Mount Kailash is a forever to last in the memory. Manasarovar Lake, about 30km from Mount Kailash, should never be missed in a Ngari adventure. This lake is one of the most beautiful lake in Tibet, as well as the holiest lake in Asia for Hindus and Tibetan Buddhist.

In history, Ngari was the birthplace of two great civilizations - Xiangxiong Kingdom and Guge Kingdom both of which disappeared mysteriously, which have not been cracked by anthropologists. But you can trace some footprints from the remaining ruins and sites. 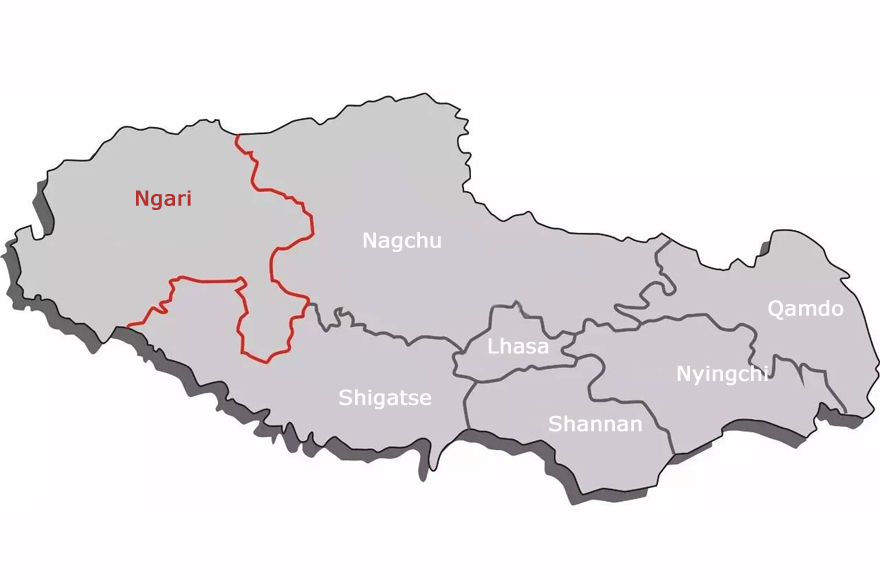 Ngari is vast but thinly populated, which make it difficult to travel to some far palaces due to lack of supply, accommodation and transportation. Fortunately, the best highlights sites, including Mount Kailash, Manasarovar Lake and Guge Kingdom Site, are conveniently located with easy access. Mount Kailash and Manasarovar Lake are Musts to see and pilgrims always undertake a Kailash Mansarovar Yatra. If time permits, you can extend your trip to Guge area.