Located in the western part of Bhutan and 50km away from the capital city Thimphu, Paro is attractive with a perfect mixture of history, culture and nature. Holding the seat of government for most of the 19th century, Paro once was the political, commercial and cultural heart of Bhutan. Till now, a visit to Paro will still guide you back to several centuries ago. On your road to Paro, you will get a visual feast on this tranquil and organic whole created by the forested hills, green terraced fields, whitewashed farmhouses and temple constructions. The charming town of Paro lies on the two banks of Paro Chhu. There is only one main street in the small town, but the checkerboard-like lanes and alleys can lead you to the surrounding attractions directly, including landmarked Rinpung Dzong, which can be reached by walking.

Paro - Gateway to the Kingdom of Bhutan

Paro owns the only international airport in Bhutan, and it becomes the gateway to other cities of Bhutan and tourist center distribution without doubt. It is connected with Kathmandu, New Delhi, Guwahati, Kolkata, Dhaka, Bangkok and Singapore by international flights. From Paro, traveler can take a Bhutan tour directly to Thimphu, Punakha, Wangdue Phodrang, Trongsa, Bumthang or the eastern Bhutan by driving. 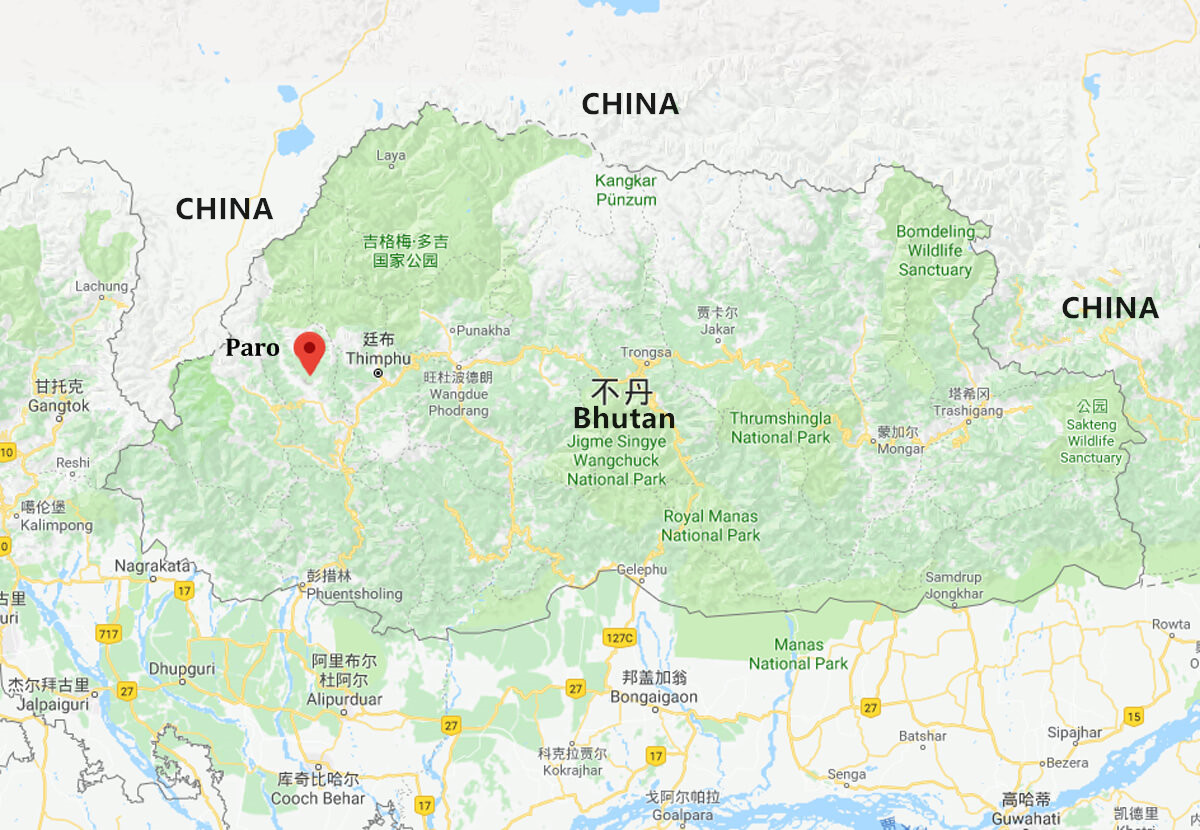 Places to Visit in Paro

As one of Bhutan’s loveliest destination, Paro enjoys stunning valley landscape as well as many must-be-visited cultural attractions. Before your flight landing on the Paro Airport, you can appreciate the green valley with idyllic views from a high level. When you travel in Paro Valley, lots of traditional farmhouses with elegant decorations will be seen. In addition, visits to the top attractions in Paro will make your journey more unforgettable. The most popular attractions include Taktsang Monaster, Rinpung Dzong, Bhutan National Museum etc. Check Top 8 Places to Visit in Paro>

Following are some other recommended Paro tour packages that you may be interested in. All of our Tibet tour packages are customizable to meet your personal requirements. You can also contact us to customize a trip if you want.