Located in central Bhutan, Bumthang consists of 4 valleys: Chokhor, Tang, Ura and Chhume. As Chokhor covers a large area, it is also popularly called Bumthang Valley. There are two versions about the origin of the name “Bumthang”. One is that the valley shapes like “bumpa” - a religious container for holy water and “thang” means “plain”. Another explanation, which is also a less serious one, says that the name represents the beautiful girls living here because “bum” means “girls”.

Bumthang District is one of the 20 dzongkhag of Bhutan and it’s the most historic one with many of the oldest monasteries and religious sites in this nation such as Jambey Lhakhang and Kurjey Lhakhang. The story of Padmasambhava is spread all over the district. Here you can have a deeper feeling of the essence of Tibetan Buddhism in Bhutan and appreciate the local unsophisticated folkways. The fertile Bumthang is a land of buckwheat, rice and potatoes; apple orchards and dairy farms are also common here. 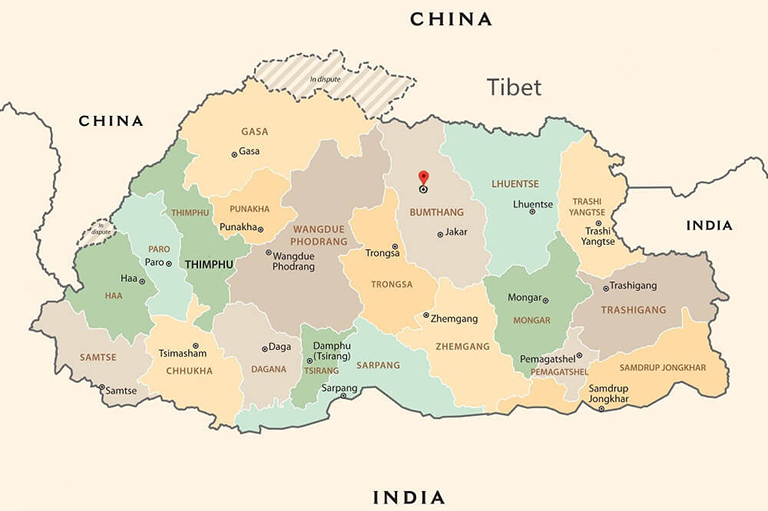 Top Places to Visit in Bumthang

As the cradle of Bhutan’s religion, there are many important monasteries and shrines in Bumthang. Many of them are related to Guru Padmasambhava and the tertons (“religious treasure-discoverers”), thus are of great importance to local people. There are occasional celebration activities held in the temples. It is definitely something you can not miss.

Following are some other recommended Bumthang tour packages that you may be interested in. All of our Tibet tour packages are customizable to meet your personal requirements. You can also contact us to customize a trip if you want.