The overland gateway (Gyirong Port) between Nepal and Tibet is open to foreign travelers, which makes a Nepal Tibet trip much easier. Plan your Nepal Tibet tour now! >
We are very good at designing ideal travel experience of your own in Tibet based on your personal requirements and intrests.
You are here: HomeBhutan ToursBest Time to Visit Bhutan 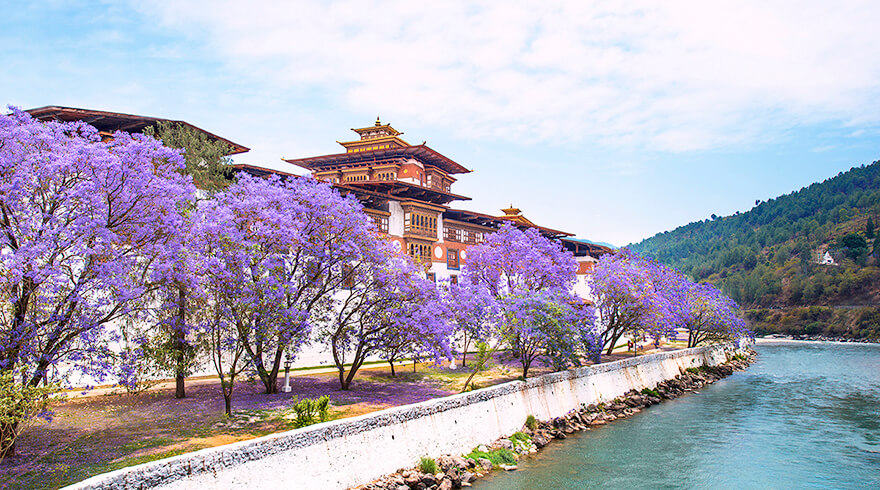 Bhutan, a landlocked country in Southern Asia, belongs to the northern subtropical zone. For the location of south side of the Himalayas, and up to 95% of total area of mountains and hills, elevations of Bhutan vary greatly in each district. In general, the terrain of Bhutan descends from the north to the south, the northern alpine regions are at high altitude above 3,000m, central parts are valleys and south areas are hilly plains. With nearly 80% of forests covered in lands, Bhutan is one of the highest forested countries in the world. Influence by the warm and humid monsoon form India Ocean and sharp rising of altitude, Bhutan has a mixed weather and climate ranging from cold alpine climate, temperate climate and subtropical climate from north to south. The average temperature in Bhutan is moderate, but temperature can vary widely between day and night.

Due to the special location and geological characters, weather and climate in Bhutan differ from regions. Based on the temperature of each month, Bhutan also has its distinct seasons. In general, weather and climate in spring and autumn of Bhutan is moderate and comfortable with excellent sight. Summer is warmer with average daily temperature ranging from 20 to 25°C, while winter temperatures are chilly, usually below 15°C.

Currently, the major destinations tourist will visit in Bhutan, including Paro, Thimphu and Punakha, are at lower altitude areas. With elevation ranges from 2,000~3,000m, these places are suitable for travelling all year round. Among all months, the best time to visit Bhutan is from March to June and from September to October, when the weather and climate is most mild and pleasant for travelling and temperature on day time would be moderate between 20~28 degrees Celsius. Besides, many joyful and bustling festivals would be held during these periods. Accommodation and air tickets will be intense during the two peak tourist seasons. Therefore, you are highly suggested to plan your Bhutan travel in advance and make sure you get hotels and flights arranged. 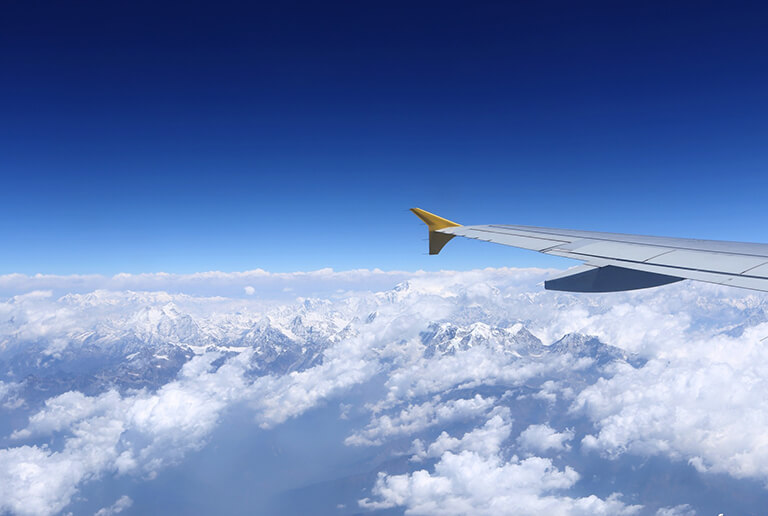 Choose a Best Time to Travel to Bhutan

Different altitudes, locations and landform lead to three kinds of climate zones in Bhutan. Rainy season in Bhutan, also monsoon season happens in the hot summer when the warm current from the Indian Ocean always brings much precipitation. Bhutan Weather in March, April and May, June, September and October are the best times of a year to have a trip. With regard to winter tours for budget planning, the Bhutan weather in December, January and February could be little cold. Let’s check the regional climate and weather of Bhutan to select a best time to go.

Weather and Climate in Northern Bhutan

The northern regions of Bhutan are located at an elevation of 3,000m and above. It means that thin air, cold, intensive ultraviolet radiation, little rainfall, long frozen winter days and an annual average temperature of 20~28 degrees Celsius are the typical features in these high altitude areas. Snow in Bhutan often happens in the northern regions from September to next June, lasting about 10 months long. Each year, there are up to 200 days when temperature is below zero degree Celsius.

All climate and weather factors result in no clear seasons but obvious dry season and wet season in the northern regions. The Dry Season begins from October to May of next year, when the weather is very dry, cold and windy, while showers and night rains often occurs during June to September of Wet Season. As the climate is so inclement, few people live in this region, let alone tourists. 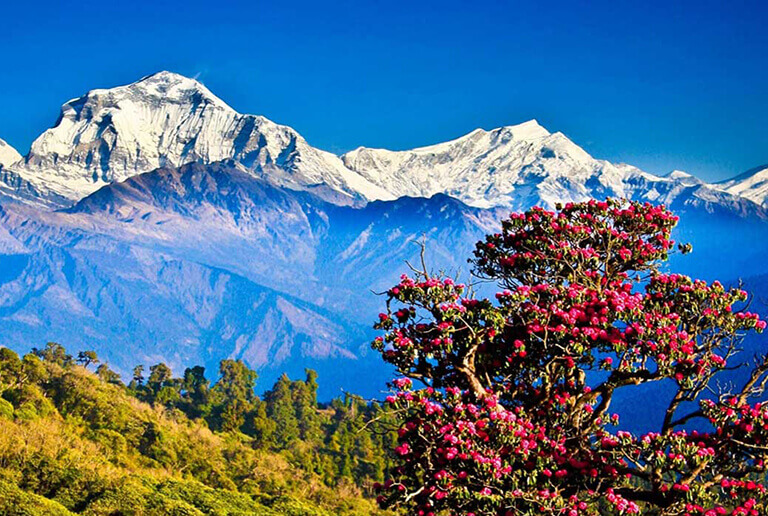 Weather and Climate in Central Bhutan – Places to Visit in Bhutan

The central regions of Bhutan where are mainly valleys of 2,000~3,000m above sea level enjoys a moderate climate. The annual average temperature is around 8~12 degree Celsius. Such mild and pleasant weather and a clear distinction of four seasons make it the most developed districts of Bhutan’s culture and economy, and the most popular destinations for regular travelers, such as Thimphu, Paro, Punakha and etc.

In this area, spring starts from March to May, summer is from June to August, autumn is from September to November and winter comes from December to February. With an average temperature of 20 degree Celsius, even June - the month of highest temperature in a year can’t say too hot. As time goes by, it turns to be cool in autumn and a little bit of cold in winter when temperature can drop to below zero sometimes. In Central Bhutan, most rainfalls concentrate on the south slopes of mountains in July and August. High mountains area at elevation of 3,000m would snow during late autumn to early summer while valleys areas maybe get a short period of snowfall. Major destinations in Central Bhutan like Thimphu and Paro share similar weather, temperature and climate.

Spring and autumn are the best seasons to visit Bhutan. Temperature in spring is getting much warmer. The blooming flowers and lush forests make up a picturesque landscape of Bhutan. Meanwhile, the cool days, sunshine and clear sky with little rainfall during autumn is another optimum time to undertake a trekking trip, seize the nature beauty and enjoy the Himalayas. Ticket and hotel rates during these peak seasons are higher than other seasons.

It’s NOT suggested to visit Bhutan during summer (July and August), because it’s the rainy season, not convenient for travelling around. Even roads to remote areas probably would be cut off for heavy rainfall. Visitors touring Bhutan in winter should keep warm and make sure the hotels have heating facilities. 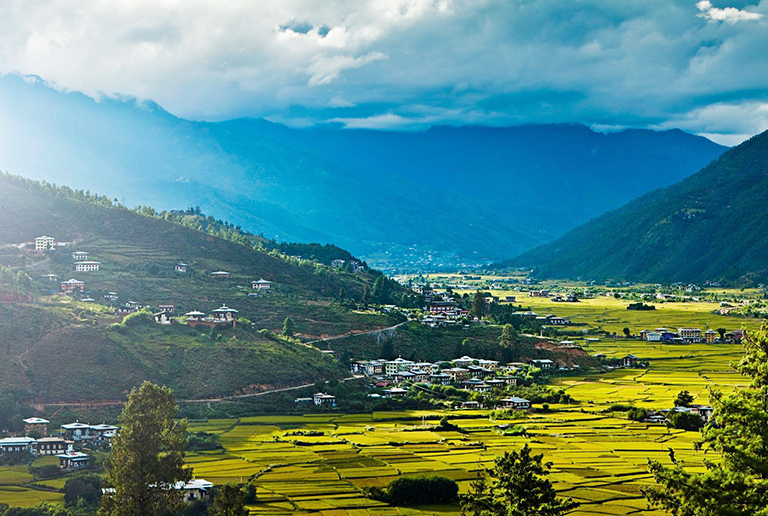 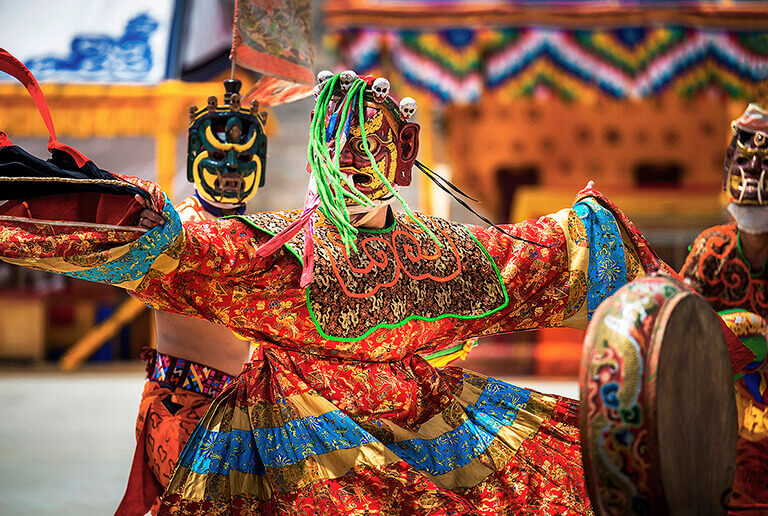 Weather and Climate in Southern Bhutan

The southern regions of Bhutan located at elevation of 1,500m and below are the subtropical climate zone. The weather and climate here is hot, windy, humid and moist most time of a year. The annual mean temperature is about 14 degree Celsius. As the first range receiving the warm current from the Indian Ocean, this area gets abundant rainfall, which is perfect for luxuriant vegetation and farming.

According to temperature features, there are three seasons in the southern regions: summer, rainy season and cool season. The hot summer is from March to June with an average temperature of 25°C, possibly would be as high as 35 °C. Then, there is a lot of rain from July to September, and rainstorm is common in this time. It’s quite often to see tense frog and poor visibility during the rainy season. Cool season from October to February takes little snowfall in places at high elevations. But most southern regions have no snow throughout the year, only the temperature falls a little bit in cool season. 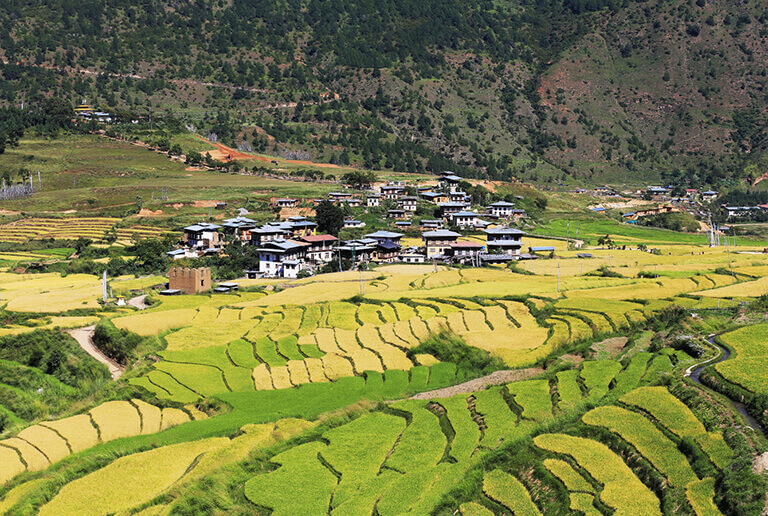 1. Packing and Dressing During Your Bhutan Trip

With great altitudinal variations, Bhutan has a mixed climate and weather in various areas. So tourists should pack and dress properly and accordingly. Also Bhutan is a religious country full of monasteries, Dzongs (fortresses) and sacred religious sites, therefore, long pants and long sleeved tops should be worn to show respect while visiting those places. You can dress in layers, easy to put on and off. Warm clothes are needed for winter travel and high-altitude areas. As for trekking, a pair of comfortable and durable shoes is recommended.

2. Worry Free of High Altitude Sickness
Though Bhutan is located in south side of the Himalayas and mountains covers large area in Bhutan, most places tourist will visit are valleys at lower elevation. You don’t need to worry about the high altitude sickness during your Bhutan trip. If you are going to places at high altitudes, you are suggested to acclimatize yourself in lower altitude areas first, have a good rest, keep warm and follow the advice from tour guide.
We list some elevations of major destination for your conference:
Paro twon (alt: 2,250m) / Paro Airport (alt: 2,200m)
Thimphu (alt: 2,500m) /Punakha (alt: 1,300m)

3. Book Your Bhutan Tour in Advance
Air tickets and hotels would be quite tense during peak tourist seasons from March to June and September to October. For this reason, you are high suggested to confirm your Bhutan travel months earlier. Afterwards, we will take some time to help you apply for Bhutan Visa and book your flight ticket and hotels in Bhutan. 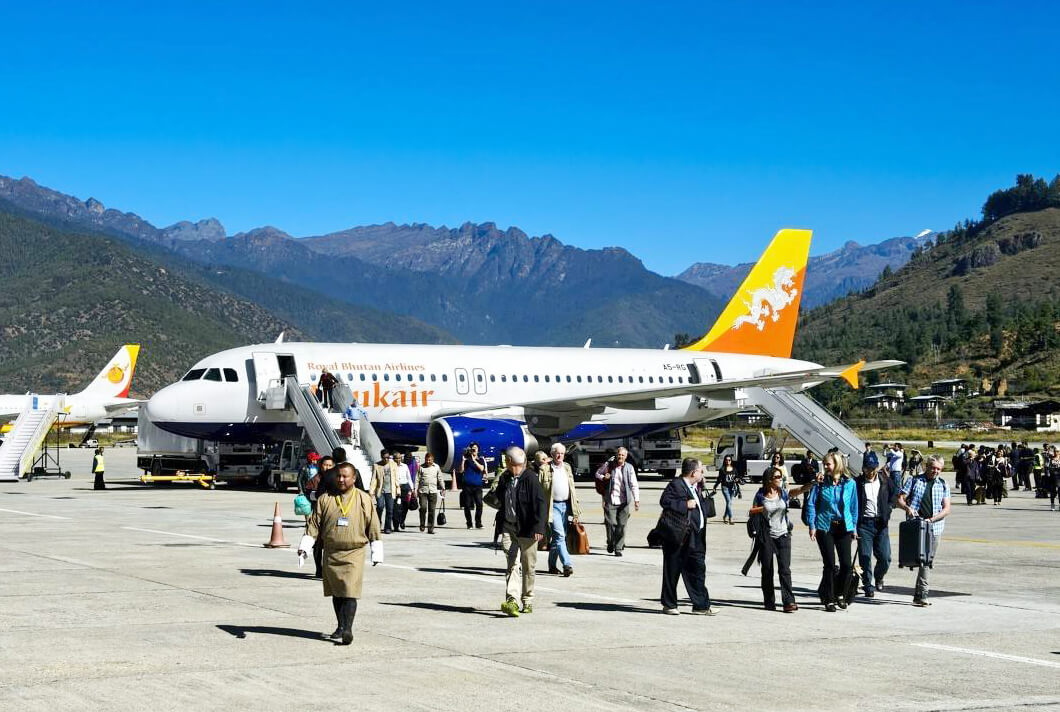 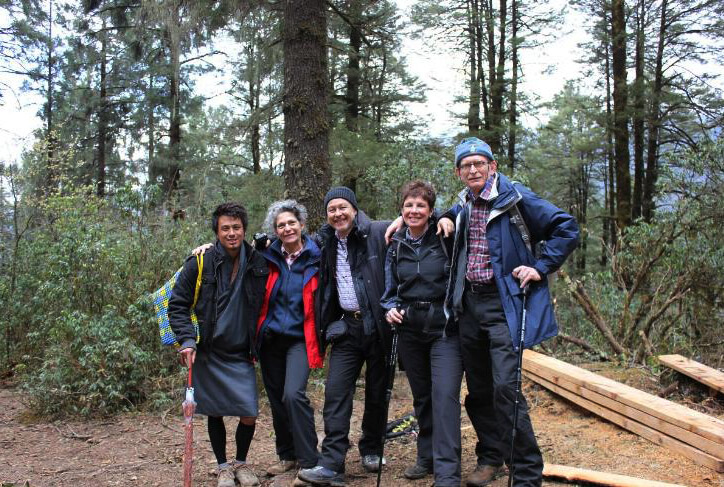 Following are some of our most recommended Bhutan tour packages that you may be interested in. All of our tour packages are classic itineraries, and can be tailor-made to meet your personal requirements. You can get more Bhutan Tours, or contact us to customize a trip if you want.